The world's largest alien finder is now open to visitors 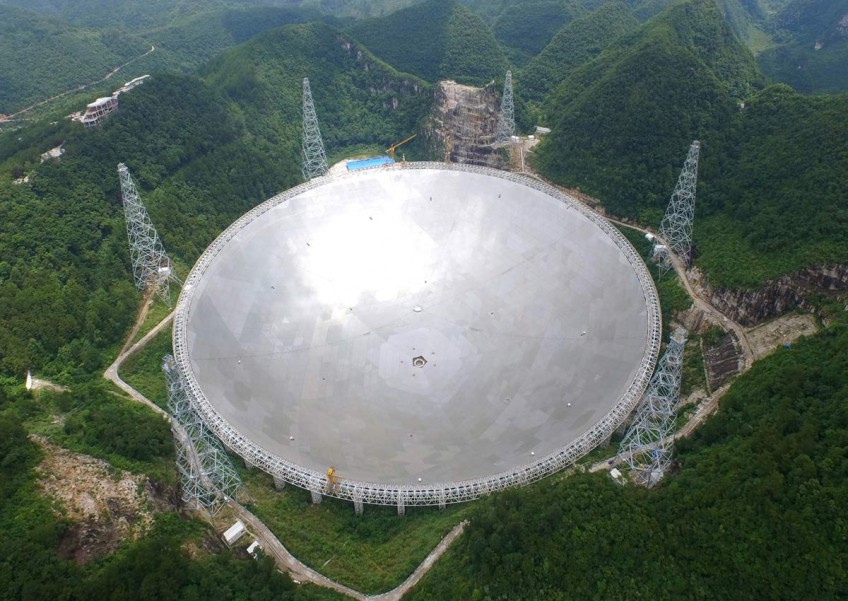 You can probably have the most epic view of cosmic objects in outer space through an astonishingly huge telescope soon.

In a video on how the massive telescope was built, Peng Bo, a vice manager with Fast, said: "If we fill the big dish with wine, everybody in the world could have four bottles of wine."

Engineers completed the telescope last year at a cost of 700 million yuan (about S$143 million).

It has the ability to see much further than the previous record-holder for size, the 300-metre-wide Aricebo Observatory in Puerto Rico.

With a gargantuan ear tuning for sounds of extraterrestrial life, it can pick up electromagnetic signals 137 light years away.

The number of visitors allowed to visit Fast will be limited at 2,000 per day, reported Sohu News. Admission is free for now.

Don't keep your hopes up on discovering any forms of alien life forms just yet though. This is because scientists are still running tests and fixing bugs on Fast which could take a few years.

But in that slim chance that you do find any aliens, you probably won't be able to document it for yourself.

Visitors are prohibited from bringing electronic products including smart phones, digital cameras and intelligent bracelets into the premises in order to prevent radio interference. Mobile signals will also be blocked within a 5km range of the telescope.

Read also: Why is a galaxy sending us radio waves