The world's worst cruise? Sailing from Singapore to Thailand complete with monkey attacks, sexism and even a punch-up

The skies are a bleak shade of grey above the island of Koh Adang, in Thailand’s magnificent Tarutao National Marine Park.

The usually luminous green Andaman Sea has dimmed to the colour of moss. Soaked in drizzle we sit under palm trees with towels wrapped around us, watching feral monkeys prowl through the prehistoric landscape.

We were warned not to bring any food or drink to the island as it might encourage the monkeys to attack – macaques are the hooligans of the animal world – but one German woman must have missed the memo. No sooner has the ring pull popped from her can of cola than a marauder splits off from the troop and starts sprinting along the shore towards her.

In a blink, it’s running up her body tearing at flesh as it snatches the can from her hand. Everyone on the beach looks on in horror as the woman cries and bleeds and the monkey jubilantly downs the dark liquid. It’s day five on the worst trip I’ve ever taken as a travel writer.

Going on a cruise was not something I had ever wanted to do – the rushed stops, the forced fun, and round-the-clock buffets held no appeal, never mind the hideous environmental impact and regular outbreaks of disease – even before the coronavirus made the Diamond Princess famous for all the wrong reasons.

But, my editor (not for this publication) had persuaded me that this would be a floating Oriental Express; an intimate experience on a smaller tall ship, one with about 150 passengers and a more tasteful feel.

The route was incredible, too, setting off from Singapore up the Malacca Strait and onwards to the otherwise hard-to-reach coral beach islands of southern Thailand. I said yes and hoped the eight-night experience might change my mind about cruising being the worst way to travel.

I turned up at the port in Singapore with high hopes and my friend Gavin in tow. The ship did indeed look beautiful, its white masts standing triumphant against a cherry red sunset. But as we walked closer we got our first clue that the ship – which shall remain nameless – was not as classy as we had hoped; we were greeted with cocktails the colour of screen wash and a rendition of the Eagles’ Lyin’ Eyes played on a synthesiser.

The next clue arrived in our cabin, which was neat and tidy if smaller than expected, decked out in navy blue and wood panelling, with two single beds, a solitary porthole and a small shower room. The first of seven daily newsletters was sitting on the bed. It featured at least six fonts – what kind of psychopath would do that? – a jam-packed itinerary and an unbelievably sexist passage titled, “Why is a ship called she?” 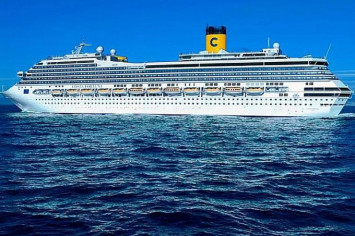 I read it out loud to Gavin. “A ship is called a ‘she’ because there is always a great deal of bustle around her; there is usually a gang of men about; she has a waist and straps; it takes a lot of paint to keep her good looking. It is not the initial expense that breaks you, it is the upkeep.”

Incredulous, I carried on: “It takes an experienced man to handle her correctly, and without a man at the helm, she is absolutely uncontrollable.” By the time I got to the end I was incensed and seethed to Gavin that, “Maybe a ship is called a ‘she’ because if you treat her badly she will smash you on the rocks.”

By the time dinner came around, I knew we had made a horrible mistake. Every passenger we spoke to had voted for either Brexit or Trump. The European passengers clearly wanted nothing to do with the regressive English-speaking camp. The wine arrived in blue glass bottles (never the sign of a quality vintage) and the menus were straight out of the 1980s (spaghetti bolognese, chicken cacciatore, black forest gateau).

In his pre-dinner speech, the pony-tailed purser made cracks about how the women shouldn’t eat too much chocolate lest they look fat in their bikinis. Gavin had to drag me back to our cabin before I used my tiny girlie hands to wring the purser’s neck.

The next morning it was raining. Of course it was. The precipitation wouldn’t let up for the next six days. We made our first stop at Malacca, where it was pouring so hard I couldn’t see my hand in front of my face and the plushy Hello Kittys that decorate Malacca’s trishaws had been reduced to balls of pink pulp.

The only place to go was to the mall, where we spent five hours shopping, having foot massages and eating beef rendang.

If anything, after an overcast day “at sea”, it was raining even harder when we reached Langkawi, but rather than return to the monotony of the ship, we spent another five hours hanging around monotonous malls, again.

Being at sea gave us the chance to sample some of the ship’s activities, which included group sessions on how to make a sailor’s knot, an introduction to sea shanties and a “frog race”, which I was relieved to learn involved no actual amphibians; we pumped air down a hose into a wooden frog, which then jumped around a course.

Mast climbing was cancelled because of the rain and the swimming pool was off-limits; “It’s a sea water pool and the water in the Malacca Strait is too dirty to fill it,” explained one of the surly staff.

We put our swimwear away for another day and tried to join in, opting for a round of deck golf, which involved smacking pucks with a group of overly competitive boomers, followed by an animal towel art class that culminated in me creating a deformed turtle; an apt metaphor for this marine (mis)adventure.

The evenings brought their own delights – or horrors, depending on your taste. There was a disco night with Arnold, a musical carousel with Arnold, dancing time with Arnold, hot rhythms with Arnold and melodies at the piano with Arnold. I worried that poor Arnold, of •Lyin’ Eyes• synthesiser fame, was literally working his fingers to the bone.

The Wednesday night talent show was enjoyable in the same way that watching a YouTube video of someone diving onto solid ice is enjoyable. Captain Vlad serenaded all the “beautiful ladies” with his guitar, the spa therapist did a fire dance using electric candles and an Italian passenger who looked like Hugh Grant offered up a version of the pop hit Barbie Girl that made everyone squirm – and not in a good way. 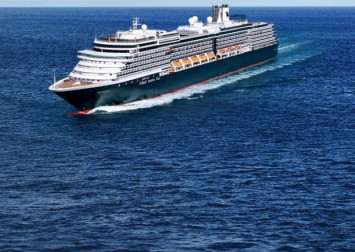 And while monkey attacks, monsoons, towel animals and talent nights might seem like more than enough excitement for one trip, there was also a punch-up, when one female passenger accused another of trying to steal the former’s much younger Italian lover. When the two had been pulled apart, someone called the bridge to ask for help, only to be told that none of the crew were available as we were about to sail into a cyclone.

So was there anything I enjoyed about the experience? Yes, I liked the way the waves rocked me to sleep at night and on the last day, we enjoyed a few almost sunny hours exploring the Similan Islands free from day trippers.

And I guess I got a good story out of it …