The Hospital Authority Employees Alliance blamed its decision to strike on Chief Executive Carrie Lam's refusal to meet them for talks on Sunday. Pictured is a hospital authority employee voting to strike.

Hong Kong's public hospitals are bracing for a staffing crunch after thousands of workers vowed to push ahead with a strike starting from Monday to demand a total closure of the city's borders with mainland China that would help shut out the new coronavirus.

But the bulk of frontline medical professionals were expected to carry on working, with doctors' and nurses' unions promising to fulfil their duties, while scores from the private sector volunteered to step in and help fight the pneumonia-like illness that has infected nearly 15,000 across the mainland and killed over 300.

This came as the city confirmed its 15th case of coronavirus infection on Sunday - a 72-year-old woman with an underlying illness. She was identified as the mother of the patient who became Hong Kong's 13th confirmed case.

A resident of the crowded Whampoa Garden private housing estate in Hung Hom, she had been transferred to Lei Yue Mun Park and Holiday Village for quarantine since Feb 1.

The police bomb squad had to be called to Lo Wu MTR station at the border with Shenzhen on Sunday after two improvised explosive devices in a plastic bag were found under a train seat. One caught fire and the other was defused, while services were temporarily suspended.

The incident was suspected to be linked to radical protest action to force a complete border closure.

The newly formed Hospital Authority Employees Alliance, an 18,000-strong union which emerged in December during anti-government protests, blamed its decision to strike on Chief Executive Carrie Lam Cheng Yuet-ngor's refusal to meet them for talks on Sunday.

"If there is no full border closure, there won't be enough manpower, protective equipment or isolation rooms to combat the outbreak," alliance chairwoman Winnie Yu said. "We are not trying to harm Hong Kong people. Instead, if the government can accept our demands, we can save Hong Kong people."

The Hospital Authority (HA) said it would launch contingency plans from Monday to reduce non-essential services. Half of all booked surgery cases might have to be postponed, it warned.

"We understand our colleagues would like to take some action to express their views but we hope they would not do it through a strike," HA chief executive Dr Tony Ko Pat-sing said. 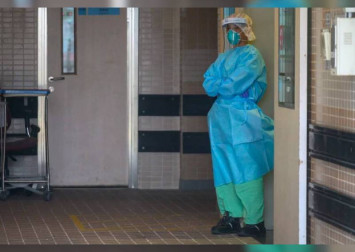 He would not go into what disciplinary action might be taken, but noted there were established rules for dealing with staff absent from duty.

The first phase of the strike would see some 3,000 staff involved in non-essential services, including doctors and nurses, stay away from work on the first day. If the government did not respond by 6pm on Monday, all its members, including more than 6,000 essential personnel, would go on a full strike from Tuesday.

Yu expected services at Queen Elizabeth Hospital and Tuen Mun Hospital to be among the hardest hit by the strike.

The 16,000-strong Hong Kong Medical and Health Care Staff General Union called for unity, reminding the strikers that the safety and care of patients should come first.

"We cannot back away, we cannot give up on the people, and we cannot let other factors affect medical professionalism," the union said.

The Hong Kong Nurses General Union, which has about 1,200 members, also condemned the planned strike, saying it would only "intensify public panic".

The union launched a campaign to recruit retired nurses and health care workers as volunteers to help ease hospital staff shortages if needed.

"Our enemy is the virus. Whether you are blue or yellow is not important, we should stay united to win the battle against the virus," spokesman Peter Wong Hyo said, referring to the political divide between anti-government protesters and pro-establishment supporters.

"Public hospital staff provide services to the public. They are not private company staff. If they take industrial action, it could affect public services and it will be irresponsible for them to go on strike." 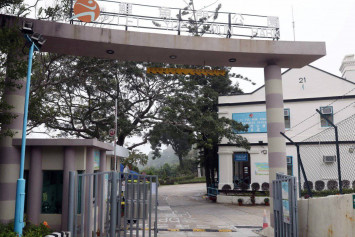 Association president Dr Samuel Kwok Po-yin posted a message online noting that the HA was "confronted with huge challenges providing care to the people of Hong Kong in the battle against new coronavirus infections under the looming threat of industrial action by some of its staff".

While the city's leader is insisting that the partial border closure she has ordered should be enough, in keeping with the World Health Organisation's advice, one of her cabinet advisers, Dr Lam Ching-choi, suggested on a radio show on Sunday that tighter controls were coming.

"If we do not reduce the number of those going north and carrying the virus back with them when they return, the risk of a local outbreak will be high," Lam said, pointing out that the number of Hongkongers still crossing the border was far higher than that of mainlanders coming in.

Leading microbiologist Professor Yuen Kwok-yung, an authority on infectious diseases from the University of Hong Kong, said the public should not blame those behind the strike.

"They are not afraid of death, but they have many grievances, and see many problems that should have been addressed have not been addressed, like overcrowded wards," Yuen said.

He called for drastic and decisive measures at this stage to minimise the cross-border flow of people and keep the virus at bay.

A source familiar with the government's position dismissed the notion that Carrie Lam was refusing to order a full border shutdown because of Beijing's opposition.

"The main border crossings need to be kept open for Hongkongers who work and study across the border to return home," the source said. "There is no evidence that mainlanders are flooding into Hong Kong and taking up our medical resources. It is fear-mongering."