Yingluck 'has left Dubai for London'

However, Srivara did not say when the information was provided. He said the Thailand and the United Kingdom have an extradition treaty, but to seek extradition was the responsibility of prosecutors.

"Police had done their responsible part and informed the Attorney-General [about Yingluck's whereabouts]," Srivara said. 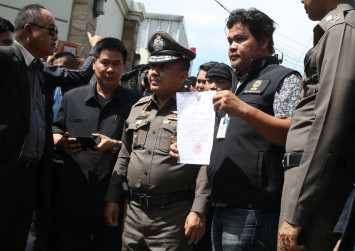 Yingluck fled the country in August, just days before the Supreme Court was due to issue a verdict on her alleged negligence in preventing corruption and irregularities in the implementation of her government's rice-pledging scheme.

Since then, she has not been seen in public, and her relatives in Thailand have remained silent regarding her whereabouts.

The court last week sentenced her in absentia to five years in prison.

After the verdict was read, Minister General Prayut Chan-o-cha revealed that Yingluck was in Dubai. However, he was contradicted by foreign media reports that she was in London.