Yingluck warns Thai PM against cracking down on junta critics 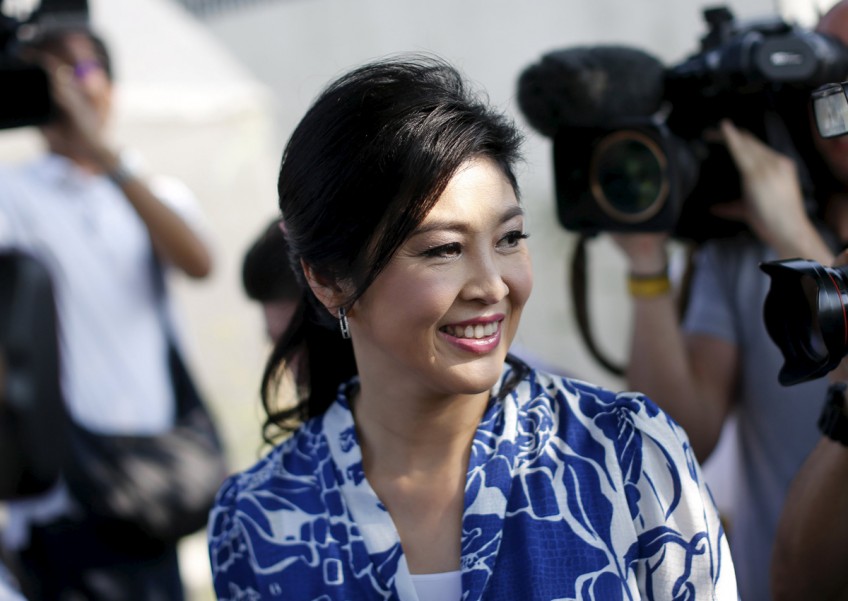 Former Prime Minister Yingluck Shinawatra yesterday warned her successor Prime Minister Prayut Chan-o-cha against tough action on the junta's critics and officials who did not respond to his policies.

In her rare direct comment to Prayut on Facebook, Yingluck said the general had told her that when the country is reeling under national division, by resorting to the law to dismiss officials because they do not respond to policies or forcing them to follow orders, the situation will get worse.

"Today I would like to remind you of what you said. I hope you have not forgotten it but do as you told me two years ago,'' Yingluck said.

"I used to be in your position. I understand how you feel when you're under criticism. As a country's leader, you are a public figure who must accept criticism both in the positive and negative light on you and your government,'' she said.

"I've always told you that people who have different opinions do not mean that they will cause national divisions. People should be encouraged to express opinions for the country's development,'' she said.

Nine activists were detained last week after posting tough comments on the military-sponsored draft constitution and making jokes aimed at the prime minister on Facebook.

Prayut last week told Chiang Mai Governor Pavin Chamniprasart during a meeting of officials discussing a development project in the province not to kowtow to the "old boss".

"I would like to ask the governor for the country's sake, please do not be loyal to the old boss. Please do not report any issues to him to get his comment.

"The time of politicians has run out and they must step back. If I'm going to leave, I'll leave when my time for administrating the country is over. And I'll take the bad people with me.

"I'm ready to resort to Article 44 to transfer officials every day. I'm not threatening, but I'll do it,'' he was quoted as saying on the www.kapook.com website.

Nattawut Saikua, a key leader of the United Front for Democracy Against Dictatorship, said the government would suffer a high political cost if it arrests people who express different opinions during the lead-up to the public referendum.

He said the government's taking action against eight political activists who made political mockery of the PM on social media have stirred many people's conscience.

"They have now raised the question - how we have come to this point? The PM and criticism or political mocking go hand in hand, but this cannot be done in some countries.

"I don't understand why the PM advises us to watch South Korean [TV] series but in real life he makes North Korea series for Thais to watch,'' Nattawut said.

"These activists have different opinions from the people in power and may be acting on impulse, but they are not criminals who should be sent to jail,'' he said.