Houses, condominiums and 37 land plots belonging to former premier Yingluck Shinawatra have been frozen by the Department of Legal Execution as part of the government's civil liability lawsuit seeking Bt35 billion (S$1.4 billion) compensation over her alleged wrongdoing in her government's rice-pledging scheme.

The combined value of the properties has not been disclosed, according to Deputy Prime Minister Wissanu Krea-ngam.

However, Yingluck reported in 2015 after leaving public office that she had total assets worth Bt610.8 million.

In the report filed with the National Anti-Corruption Commission, Yingluck's assets included Bt14.2 million in cash, Bt24.9 million in bank deposits, Bt115.5 million in investments, Bt108 million in loans, Bt117 million in land plots, and Bt162 million in other properties.

The Legal Execution Department had told Yingluck's banks to transfer deposits from her seven accounts to the agency on July 19, Yingluck's lawyer Noppadon Laothong said yesterday.

He said he was not aware of the exact amount of the deposits.

Yingluck has been notified by Bangkok Bank of the action, but she has not been informed by her other banks, the lawyer said.

Meanwhile, the Administrative Court has ordered the Legal Execution Department and the Finance Ministry to explain to the court within 15 days why they need to seize money from her bank accounts, the court's deputy spokesman, Terdpong Kongchan, said yesterday.

Yingluck has petitioned the court, seeking an injunction after learning that authorities had started seizing her assets. 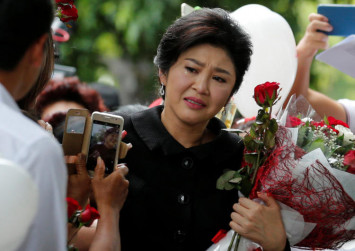 Prime Minister Prayut Chan-o-cha urged the public to avoid misunderstandings over the separate criminal and civil liability actions being taken against the ex-premier, since it could be abused to create public unrest.

Yingluck wrote on her Facebook page that some money in her bank accounts had already been seized by authorities as part of the civil-liability lawsuit filed against her over alleged wrongdoings.

The Supreme Court's Criminal Division for Political Office Holders will deliver a verdict on August 25 on Yingluck's alleged negligence of official duty while implementing the rice-pledging scheme that resulted in corruption and a huge loss to the state.

Prayut explained that these are two separate actions against the former premier.

The Finance Ministry's civil liability lawsuit, which has led to authorities freezing Yingluck's assets, including her bank accounts, is pending a final court decision on compensation claims totalling Bt35 billion to the state.

The other action is the criminal lawsuit, on which the Supreme Court will deliver its verdict on August 25.

Regarding Yingluck's assets, deputy premier Wissanu said the Department of Legal Execution had requested that the Department of Land freeze the former premier's land plots and other properties so the ownership could not be transferred at this stage.

However, these properties have not yet been seized by the state and would be seized only after a final verdict in the civil liability case that demands a compensation from Yingluck to cover losses suffered by the state due to alleged corruption and negligence of official duty in the management of the rice pledging scheme.

Earlier, Yingluck's 16 bank accounts were also frozen by the Department of Legal Execution, with some deposits in five bank accounts already withdrawn by the agency. 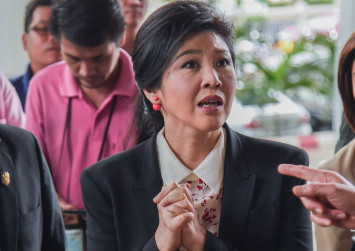 Wissanu said the agency is empowered to do so, but the case is not final so the funds, amounting to several hundreds of thousands of baht, have not been transferred to the Finance Ministry.

Asked if Yingluck would get the funds back if the Supreme Court ruled her not guilty on August 25, Wissanu explained that verdict was separate from the civil liability action being taken by the government.

Yingluck has petitioned the Administrative Court to issue an injunction on the civil liability case so that seizure of her assets could be put on hold, pending a final judgement.

Wissanu said the government would suspend freezing of Yingluck's assets until the court delivers its verdict on the criminal case late next month.

In a related development, National Anti-Corruption Commission secretary-general Sansern Poljeak said yesterday that a separate case against former prime minister Abhisit Vejjajiva, stemming from his government's rice price-guarantee project, was being investigated by an NACC subcommittee.

Sansern said he did not know exactly what progress has been made in the investigation on alleged irregularities involving the project.