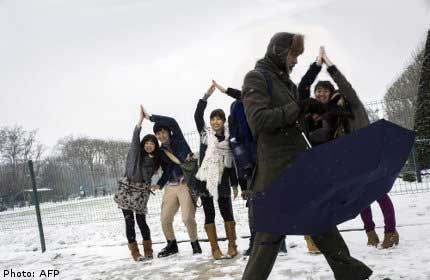 Between June 1 and July 13, there were 81,000 tourists under the age of 14 who travelled overseas from two airports in Shanghai. Eleven thousand of them flied to the United States, according to statistics from Shanghai General Station of Exit and Entry Frontier Inspection.

Half of the young tourists were expected to be participants in summer camp programs. According to the Shanghai agency, an average of more than 40 summer camp groups departed from Shanghai every day.

"We've been busy with continuous demands from parents applying for summer camp programs since the beginning of the year, which were fully booked till the end of August," said a staff from Global Education, one of the leading educational companies in China that in 2012 experienced a market share hike of more than 40 per cent.