Young Chinese pilots take to the air amid shortage 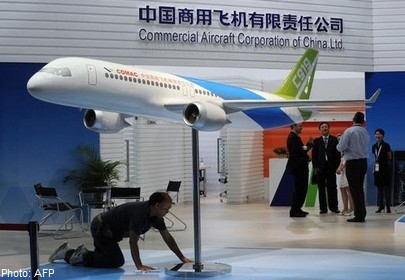 Deng Lei wants to become a pilot and has started learning the ropes at a young age.

The 16-year-old high school student has flown a plane to an altitude of 305 meters, making him one of the youngest Chinese to fly an aircraft.

After months of academic study, about 30 students from Beijing No 57 Middle School have been spending their summer vacation undergoing pilot training. They are expected to receive their pilot licenses soon.

The project has been organised by the school, the Beijing Education Commission and the China Aircraft Owners and Pilots Association to address a shortage of pilots.

In addition to 60 hours of theory, the students are required to complete up to 40 hours of flight training.

But despite many registering for the middle school because of the programme, a lot fail to achieve their ambition to become pilots, as the career is very demanding physically.

Among more than 300 applicants, only 31 were chosen for the final round.

Deng, who was one of them, underwent flight training at an airport in Tianjin from July 13 to Aug 6.

"After the physical exam, theory and elimination based on academic performance, it's exciting to finally pilot a real aircraft," he said.

Deng said the students are divided into five groups, with six people in most.

"I was very nervous the first time I entered the cockpit. You have to check and make sure all the indicators are correct, including the oil pressure, oil temperature and cylinder temperature," he said.

"But all these efforts are rewarded the moment you take to the air. The experience is thrilling and incomparable."

After two months' training, participants will be issued with a private aircraft license by the Civil Aviation Administration once they pass the final exam and reach the required age. This will give them priority at certain colleges, including the Civil Aviation University of China, organizers said.

The regulations state that you have to be 16 years old to qualify for a private pilot license.

Deng said there is a huge difference between learning piloting techniques by the book and actually piloting a plane.

"It's thrilling and exciting to fly an aircraft, especially when the instructor shows us some aerobatics," he said. "In addition to takeoff and landing, which the instructor helps us with as it's dangerous, we have to do all aerial work by ourselves.

"It's not easy getting up at 5 am every day and climbing into the aircraft, but it's fulfilling and colorful."

Along with the physical and academic performance required, the tuition fees have also deterred many potential pilots from taking to the air.

"We have been hesitating about the cost, but it's worthwhile as Deng is finally fulfilling his dream and once he's completed all the tests it's easier for him to get enrolled at his ideal college as well."

In addition to the academic knowledge and experience, Wang said the project has made her son become more patient and moderately behaved and also helped him build responsibility through his studies, a basic character requirement for pilots.

"He gradually learns to solve a problem through communicating and discussion," she said.

According to the Civil Aviation Administration, China is facing a serious shortage of pilots in the next five to 10 years. It will be short of 18,000 pilots by the end of 2015, while the number of fliers now barely meets demand, it said.

Gao Yuanyang, director of Beihang University's General Aviation Industry Research Center, said earlier that despite China's general aviation fleet increasing to 1,154 aircraft in 2011, about a third of these planes can't be flown because of the pilot shortage.

According to the association, flying private aircraft has become increasingly popular among the public, with more people earning private-pilot certificates, many of them bosses of private companies and aircraft enthusiasts.

To earn a private pilot's license, at least 35 flying hours must have been clocked, in addition to completing the physical examination, aviation theory study and theory test organised by the Civil Aviation Administration.

Yan Ran contributed to this story.