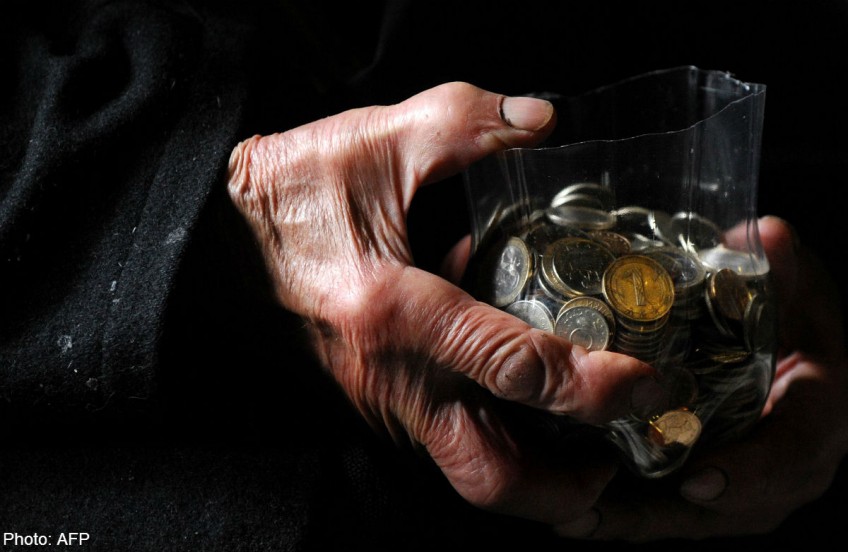 A 26-year-old woman opted to beg for a living over the past six months near a train station in Taipei instead of looking for a job, Guang Ming Daily reported.

Known only as Su, she said it was her "ambition" to be a beggar.

Su, who quit her real job six months ago, had also left home after quarrelling with her family.

"My parents do not love me because I don't go to work. Even my brothers refused to look after me," said Su, whose father is suffering from cancer.

Su would spend her nights at an underground station after collecting donations ranging from RM22 (S$8.60) to RM54 (S$21) a day.

The mother said Su not only refused to look for a job but had been asking the family for money.