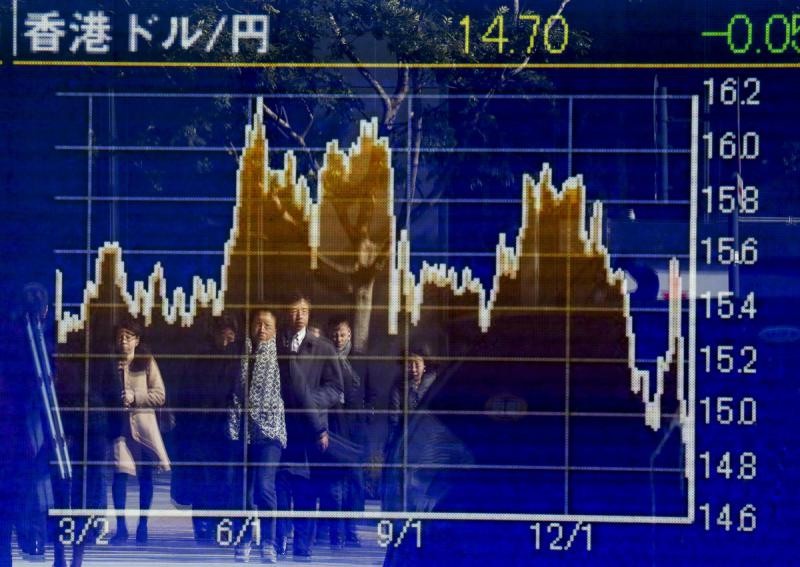 Asian markets open on the back foot, after US stocks fell overnight amid renewed global growth concerns and as oil prices lost ground.

"Equity market sentiment seems to be rolling over globally as the wind begins to come out of the oil price rally," said Angus Nicholson, market analyst at spreadbetter IG, in a note Wednesday.

In Sydney, the ASX 200 fell 1.2 per cent in early trade, weighed by losses in the energy subindex, down 2.7 per cent, and the materials subindex, which was lower by 4.09 per cent.

Resource producers were all lower, with shares of Rio Tinto falling 4.64 per cent, while Fortescue Metals was down 1.82 per cent.

BHP Billiton shares tumbled 7.77 per cent as investors digested news of the Australian miner getting slapped with a 155 billion real ($43 billion) civil lawsuit against iron miner Samarco, Vale and BHP Billiton, for a dam spill in November in Brazil, Reuters reported.

The Australian dollar/US dollar pair traded at 0.7504 as of 8:18 a.m. HK/SIN time. That's down from levels a tad above 0.77 Tuesday afternoon before the Reserve Bank of Australia surprised markets by announcing a 25 basis point interest rate cut to a record low 1.75 per cent.

In South Korea, the Kospi was trading 0.52 per cent lower.

Japan's Nikkei 225 last traded on Monday, when it closed down 3.1 per cent; the market was closed Tuesday for the Constitution Day holiday and will be closed Wednesday for the Greenery day public holiday.

Major US indexes closed mixed, with the Dow Jones industrial average down 0.78 per cent, S&P 500 finishing 0.87 per cent lower and the Nasdaq composite down 1.13 per cent, its lowest close since March 14.