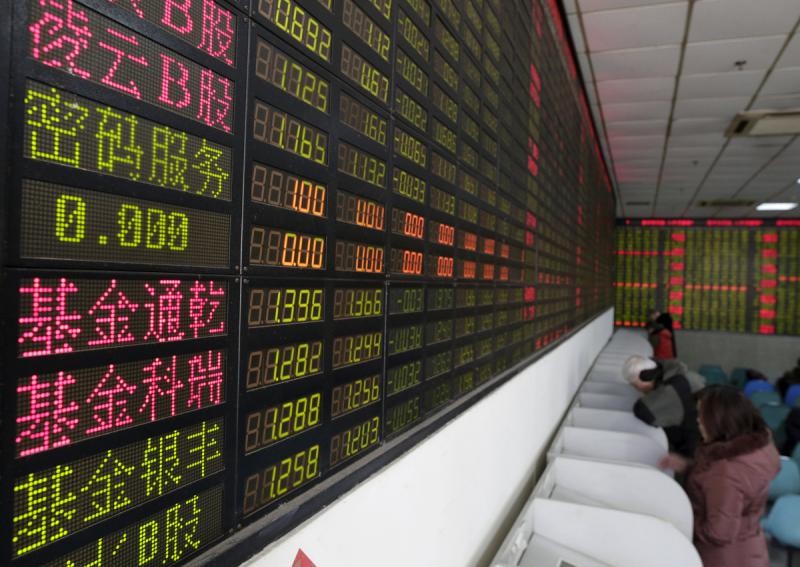 Japan's markets are closed Tuesday due to the Constitution Day holiday. The Nikkei 225 finished down 3.11 per cent on Monday, weighed by a surge in the yen against the dollar.

In Australia, shares of ANZ tacked on 1.01 per cent, erasing early losses of as much as 4.0 per cent, despite the heavyweight bank reporting its fiscal first-half profit tumbled more than 20 per cent, coming in below expectations, and spurring the bank to cut its dividend. That follows a selloff in banks Monday after Westpac's earnings also missed expectations, which had knocked ANZ's shares down 2.2 per cent.

Market players down under are closely watching the Reserve Bank of Australia decision, due later in the day.

"For the RBA, a rate cut is a close call, with reasonable arguments on both sides of the coin," analysts at ANZ said in a note Tuesday. "First-quarter inflation data were weak, and underlying inflation now looks set to undershoot the RBA's target band until early 2017. On the other hand, the economy looks quite solid and low inflation is a global issue."

ANZ expects the central bank will keep rates unchanged. That appears to be reflected in the Australian dollar, which was trading at US$0.7662 (S$1.03) at 07:52 SIN/HK, up from levels around US$0.76 in Asian hours Monday.

ANZ also doesn't expect much adjustment in the country's fiscal profile when the budget is released after market close.

The dollar index, which measures the greenback against a basket of currencies, was at 92.523, tapping its lowest level since January 2015. That's off levels as high as 94.8 last week. The greenback was weighed after ISM manufacturing data for April came in at 50.8, down from 51.8 in March. The final Markit US manufacturing PMI fell to 50.8 in April from 51.5 in March.

The yen continued to gain ground, with the dollar fetching as little as 106.01 yen, down from levels around 106.44 yen overnight and from levels over 111.50 yen last week. The stronger yen has weighed on Japan's shares, with the benchmark index there falling around 8 per cent since last week when the Bank of Japan surprised markets by holding its policy steady.

"The yen was caught in a vicious short squeeze after BOJ disappointed market expectations for further easing," Mizuho said in a note Tuesday. "With the BOJ not signaling imminent easing, the risk is skewed towards further yen strength." The bank forecast the dollar-yen pair could test 105, especially as Japan's Golden Week holidays will keep its markets closed for much of the week, with trading volume likely low.

Oil prices lost ground overnight, with Reuters reporting OPEC production was near all-time peaks. In overnight trade, US crude oil futures settled down 2.48 per cent at US$44.78 (S$60) a barrel, while Brent shed 3.3 per cent, retracing some of its 21.5 per cent gain in April.

In Singapore, shares of DBS will be in focus after it reported a net profit of 1.20 billion Singapore dollars in the quarter ending March, up 6 per cent on-year after excluding one-time items in previous periods, beating a Reuters forecast for S$1.017 billion.

Stateside, markets rebounded from last week's losses, with the Nasdaq composite closing up 0.88 per cent. The Dow Jones industrial average finished 0.66 per cent higher, while the S&P 500 ended up 0.78 per cent.

Markets are expected to eye the Reserve Bank of Australia's monetary policy decision due today, as well as China's Caixin manufacturing PMI.