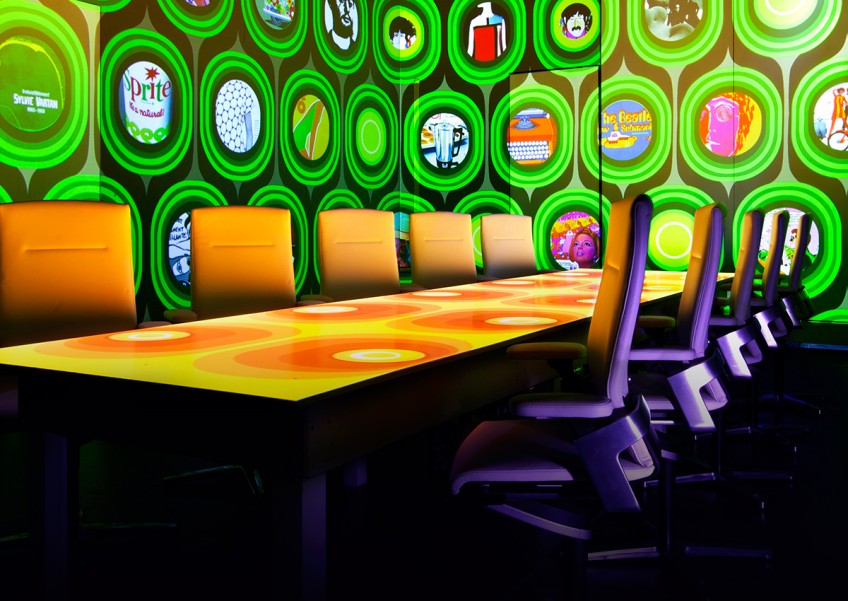 Standing proudly in the middle of Groen Kwartieran, a newish neighbourhood in Antwerp, Belgium, The Jane looks an everyday 19th century European chapel until you stride in.

Inside, the high-ceilinged restaurant made headlines when it won the 2015 Restaurant & Bar Design Awards for its dazzling interior, outfitted with bespoke furnishings like modern stained glass-inspired panes and an 800kg metal light sculpture. Conjured up by Dutch designer Piet Boon, the restaurant has captured the hearts and imaginations of many diners since it was opened by star chef Sergio Herman and chef Nick Bril back in 2014.

If The Jane proved anything, it was how powerful a restaurant's decor could be in this day and age. Discerning diners are no longer content with chowing down on steak tartare amid bare walls and 80s furnishings; they are looking for a dining experience that will blow them away. And a beautiful restaurant does just that: it transforms a meal into a marvellous and memorable one.

While most of these restaurants are found in the West, Asia is an up-and-coming spot for destination dining. Of course, just because you have style doesn't mean you can skimp on substance, and many of these restaurants dole out dishes that are able to rival - and sometimes even outshine - their interiors. So here it is, a list of places you should check out the next time you check into these neighbouring countries.

With Ithaa, the world's first all-glass undersea restaurant which opened in 2005, diners are not outside an aquarium looking in, but vice versa. Encased in 12.5mm-thick clear acrylic, Ithaa sits three metres below the waves of the Indian Ocean, surrounded by a vibrant coral garden and its many colourful inhabitants. Up to 14 guests can dine in at a time, but being barefooted isn't the only strange dress code that's being imposed in this restaurant. Since it gets very bright inside Ithaa come lunchtime, diners and waiting staff need to don sunnies. And here's a bit of trivia: there has never been water inside Ithaa. It was built on dry land in Singapore and carefully dropped into the ocean in one piece - an engineering feat that cost the hotel US$5 million (S$7 million).

Named for its prime location at the pinnacle of Grand Lisboa Hotel in Macau, the crystal-and-gold gilded Robuchon au Dome is ensconced in a circular glass vault that's 238m high. Bespoke furnishings like the graphical chairs and tables and wine cabinets amassed with sculptures jostle for attention with the Michelin-starred cuisine, but nothing quite beats the restaurant's massive centrepiece: a crystal light chandelier made up of over 131,500 pieces of Swarovski crystals suspended like a crystal dagger from the ceiling. If that's too OTT, we suggest you feast your eyes on the views outside, where the city of Macau lays unfurled like a child's dream.

Fancy dining in a Maharajah's palace with a tableau of Rajasthani palaces stretched out before you? You'd love the Sheesh Mahal, or "Mirror Palace", a two-tier, open-air speciality restaurant located in one of the most luxurious digs in town. With its fairytale setting on the shores of Lake Pichola, meals here are imbued with a sense of resplendence and romance. In addition to the opulent furnishings, stunning decor and shimmering lake and mountain views, one can also look forward to the evening glow of glittering candles in multi-coloured hues. But do take note: the restaurant only throws its doors open from October to March when the weather's perfect for some al-fresco fun.

A meal at Ultraviolet is as trippy as it gets. There is no decor, no paintings, no windows in this avant-garde 10-seat restaurant - only 13.5km of cables and wires, seven high-resolution projectors and 36 speakers mounted on its walls. Fully kitted out in multi-sensorial, high-end technology, Ultraviolet matches each of its 20-something courses with lights, sounds, music, scents and theatrical performances from its staff to achieve what French chef and owner Paul Pairet calls "psycho taste", which posits that eating can act as a gateway to the mind. It's still the hottest ticket in town since its opening in May 2012 because of endless rave reviews from the media, and needs to be booked three months in advance.

One almost expects a nymph or fairy to flit by the windows of Su-tha, one of the many enchanting dining spaces in one of Phuket's most highly anticipated resorts. Guests can choose to dine indoors or outdoors in this stunning all-day restaurant, which is surrounded by streams, tropical jungles and a cluster of surreal bamboo or clay and straw dwellings straight out of Avatar. The theme here is tribal, so expect everything from bespoke cane furnishings to tribal-inspired sculptures. If it's lovely outside, go al-fresco by taking your meal out to the four private, sunken dining lounges overlooking the cascading waterfall.

It's not sleek or shiny like the other restaurants, but Sardine wows for other reasons. There's the surroundings for one - it overlooks probably one of the last rice paddies in Seminyak and a delightful garden compound brimming with leafy bamboo trees and tranquil ponds, homes to rare white koi carps. There's also the restaurant itself, which is a sprawling bamboo structure with raised platforms. But Sardine does not only boast an eco-friendly architecture, it's stunning without having to put on much makeup, thanks to co-owner Pika, a designer and artist from Slovenia. And an all-natural look, as they say, trumps everything else.

Down a narrow footpath and through a thicket of lush greenery, you'll find a shimmering glass box, all copper and metal inside. That's Ammo, an acronym for Asia, Modern, Museum, and Original, the last of which must sum up the design of this restaurant and bar. Created by Joyce Wang of Wang Studios, who took inspiration from the film noir masterpiece, Alphaville, Ammo oozes an industrial-chic vibe with its statement artwork of copper pipes. But that's not all too surprising, given that the restaurant is in fact located in a former British 19th century explosives compound, which was painstakingly converted into a heritage landmark. (See also top image.)