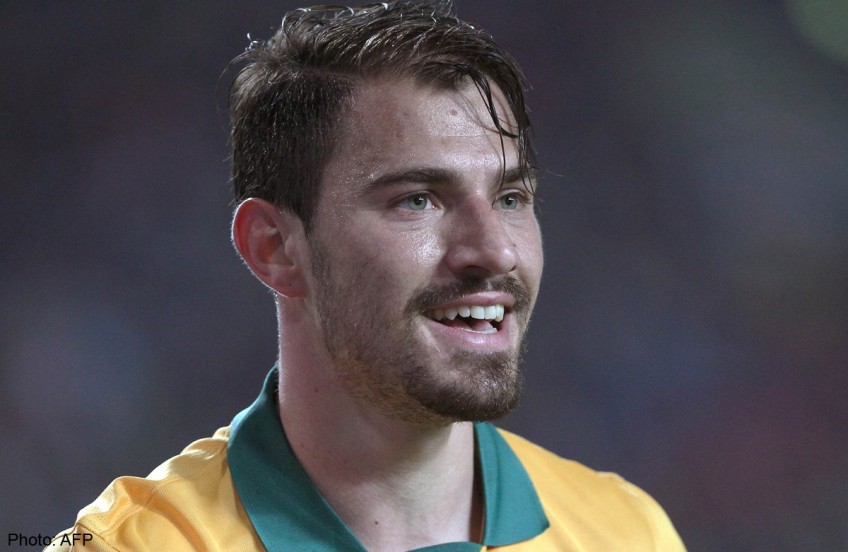 ON THE RISE: The Socceroos are disappointed to have to settle for a draw against Germany, says Australian midfielder James Troisi.

Only a Lukas Podolski equaliser nine minutes from time in Kaiserslautern spared the world champions blushes on Wednesday night in Germany.

Australia had taken a 2-1 lead, thanks to Troisi's first-half header and a free-kick from captain Mile Jedinak which cancelled out Marco Reus' early goal for Germany.

Having shocked Germany 2-1 in Moenchengladbach four years ago, an inexperienced Australian side came close to producing another upset as the hosts' post-World Cup hangover continued.

Australia were impressive in their first international since winning January's Asian Cup in Sydney, and Troisi said the fact that they were disappointed not to beat the world champions showed that the Socceroos are on the rise.

"Few would have thought 12 months ago that we would nearly beat the world champions - I surely wouldn't have - but it shows how far we have come as a team," said the 26-year-old.

"I think Germany didn't expect us to play like we played and to put them under so much pressure. They weren't comfortable at all.

"We are pleased with our performance, but we missed some chances - we could have had three or four more.

"A draw is OK, but it's great to see how well we play against the best. We really wanted to put on a good show for people back home who woke up early to watch us play."

The Socceroos face Macedonia on Monday in their last European friendly.