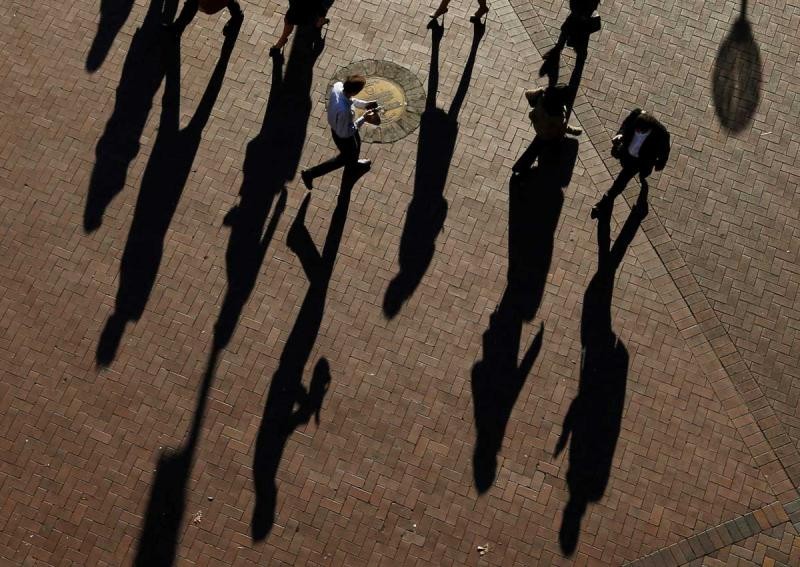 SYDNEY - Australian employment rose only modestly in June while the unemployment rate ticked up to 5.8 per cent, yet a sharp jump in full-time jobs was welcomed by investors who nudged the local dollar higher.

Thursday's data from the Australian Bureau of Statistics showed 7,900 net new jobs were created in June, after a 19,200 gain the month before.

Full-time employment impressed with an increase of 38,400 as such positions tend to pay much better than temporary work.

Median forecasts had been for a rise of 10,000 jobs, though there had been a risk a statistical quirk in the survey would produce a sizeable fall in the month.

The unemployment rate edged up a tick to 5.8 per cent from 5.7 per cent, but remains considerably lower than policy makers had forecasted at the start of the year.

Investors pushed the local dollar up a quarter of a US cent to US$0.7628 (S$1.03) after the data, though the figures were not considered so strong as to lessen the chance of a cut in interest rates in coming months.

The Reserve Bank of Australia (RBA) has kept rates at a record low of 1.75 per cent since cutting in May, but has signalled it was watching coming data to decide if policy needed to be eased further.

Crucial will be the consumer price index (CPI) for the second quarter due late in July, where another low reading would greatly add to the case for a move in August.

"We know that inflation is so low and wage growth is so weak that if we get another quite weak CPI, then that would be the trigger for another rate cut," said Gareth Aird, a senior economist at Commonwealth Bank.

Analysts consider the jobless rate a better barometer of trends in the labour market when compared to the volatile employment series.

Unemployment has been lower than expected for much of this year yet has created little in the way of wage inflation, suggesting there is still plenty of slack in the labour force.

Leading indicators of labour demand, including vacancies and business surveys, point to continued growth in employment ahead.

A closely-watched National Australia Bank survey of businesses out this week showed its index of employment jumped to a five-year peak in June, consistent with healthy annual jobs growth of around 2 per cent.

"This outcome hints at an annual job creation rate of around 212,000 in coming months, which would be more than sufficient to lower the unemployment rate further," said NAB chief economist Alan Oster.