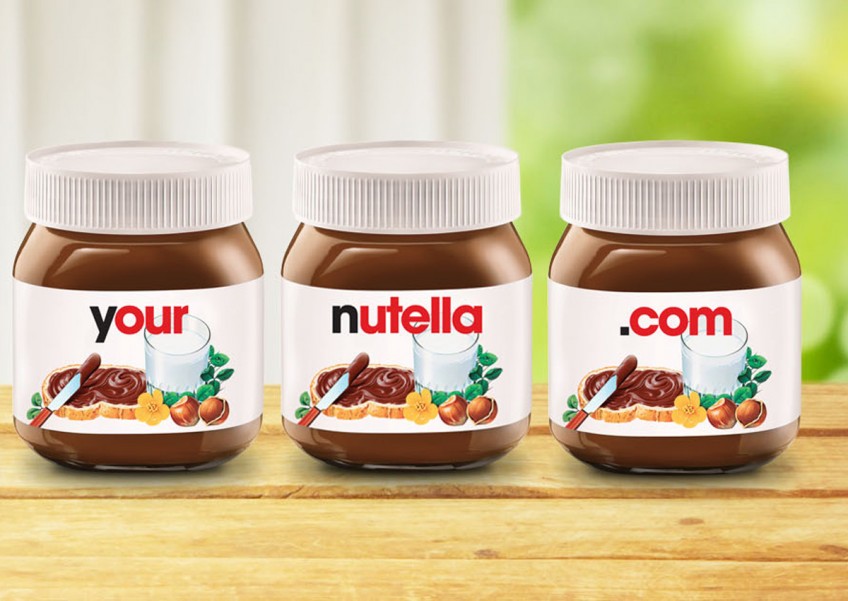 SYDNEY - An Australian marketing campaign that lets people personalise their jars of chocolate spread has not gone to plan, with participants designing labels and posting them online that read "diabetes" and "poop".

The "Make Me Yours" promotion for Nutella, which began last week, asked Australians to avoid creating labels which were "obscene, offensive, inappropriate or unsuitable for minors".

But the promotion did not appear to take into account the Australian sense of humour.

"Although some people have chosen to use the campaign as an opportunity to create and post less than appropriate images online, most consumers have embraced it in the manner it was intended," Ferrero Australia said in a statement.

The promotion has seen people post images of their labels on social media, and they range from those related to other products, like "vegemite", to those which note the spread's potential to be harmful to those with nut allergies - "epipen" and "allergen".

Other designs include labels that read "fatkidz" and "regret".

Pundits were divided on whether the campaign was a success but even as they mocked the labels, Australians were buying the product, with only those who purchased a specially-marked 750-gram (26.5 ounces) or one-kilogramme jar able to participate.

"Brilliant work by this agency. Probably banking on people being inappropriate and it going viral in the aftermath... no publicity is bad publicity," wrote one online commentator on a marketing website.