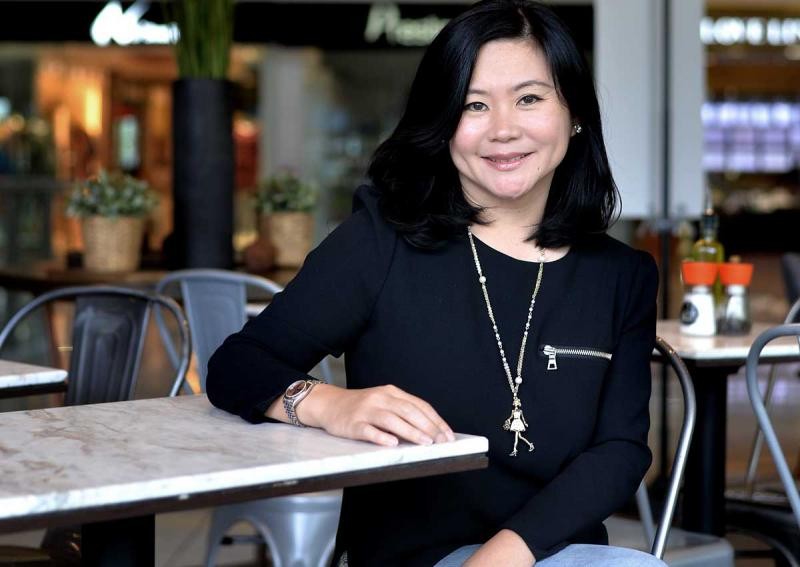 She wants to be the "Starbucks of soup".

By her own admission, she is "not quite there" yet, but founder of The Soup Spoon, Ms Anna Lim, 40, has come a long way from a rocky start 14 years ago.

When she gave up her job as a healthcare specialist to pursue her dream, it took her some time to understand how to run a business.

"I came from a science background and all I knew was how to work hard," she said.

Just like the famous Seattle-based coffee franchise that she draws inspiration from, Ms Lim has grown her business far beyond her first outlet at Raffles City, which opened in 2002.

There have been stumbles along the way.

The second outlet, located at United Square near Tan Tock Seng Hospital, the epicentre of the Sars (severe acute respiratory syndrome) outbreak in 2003, closed after 1½ years.

But by around 2005, The Soup Spoon managed to consolidate itself and decided to try expanding again.

It now has 24 outlets, with the latest opening just yesterday, scattered around the island, with more on the way.It has also expanded overseas by opening an outlet in Jakarta, Indonesia, in 2009 through a franchisee.

The Soup Spoon started selling take-home packets of its popular soup flavours at Cold Storage supermarkets about three years ago, after having offered them in its outlets for more than seven years.

The packaged soups are prepared in a central kitchen that relies on its cooks as well as automated machines.

"When I heard that customers were buying our soups home and freezing them in our Styrofoam cups, I knew that I could do something about it," said Ms Lim.

"And thanks to the take-home packets we make, they can take their favourite soups wherever."

This year's Budget, announced on March 24, highlighted several measures aimed at helping local businesses such as The Soup Spoon grow, including providing support for automation.

More than $400 million will be set aside for the next three years to support companies trying to initiate or scale up automation projects.

According to the Budget, the "stronger emphasis on technology and innovation" will help enterprises enjoy economies of scale and expand overseas.

That is precisely what Ms Lim has set her sights on.

Though The Soup Spoon has been selling its packaged soups for more than a decade here, it has not been able to sell them overseas due to the short two-week shelf life.

But with a new High Pressure Processing machine the company has just invested in, the shelf life of the packaged soups has increased to four months.

"The machine applies very high pressure to the soup. Not only does the food last longer, but since it does not use high heat, the nutrients are not compromised," Ms Lim said.

Now that its packaged soups can last longer, she said The Soup Spoon will try to export them.

According to Spring Singapore, food manufacturing accounted for 0.7 per cent of Singapore's gross domestic product in 2013. (See report above.)

During the first few months of her start-up back in 2002, Ms Lim said her staff did everything manually, including cleaning and cutting vegetables.

But as the company expanded, she realised that it was impossible to continue that way.

"Relying on workers for everything meant that things were slower and could go wrong.

"I appreciate my staff, but it was not good workflow," she said.

Now, some of The Soup Spoon's raw materials come prepped, such as packed vegetables that have been cut and cleaned and pre-sliced meat, so as to "maximise productivity".

Ms Lim and her partners, who include her husband, Mr Andrew Chan, also had to learn branding and design from scratch.

People might not realise how important these aspects are, she said.

Ms Lim said: "That's why we keep changing our menus. What we want to do is make it easy for customers to identify us and choose the products they want."

Despite having more outlets planned and export-ready products almost ready to go, Ms Lim cuts a humble figure when asked about The Soup Spoon's success.

"So many people have helped me and I'm lucky I get to do what I enjoy," she said.

"The work never ends, but we've got to just be able to adapt."

About The Soup Spoon

The Soup Spoon started operating in June 2002, when Ms Anna Lim, her husband Andrew Chan, and Mr Benedict Leow, then 26, 27 and 29 respectively, opened their first outlet at Raffles City.

After a few initial hiccups, the company expanded rapidly.

By 2009, the 10th The Soup Spoon outlet opened at ION Orchard. It also opened its first overseas outlet in Jakarta, Indonesia, that year through a franchisee.

It has since introduced other food and beverage brands under its umbrella, such as The Handburger, The Grill Knife, The Salad Fork, and Mill Press Brews.

The Soup Spoon now has 24 outlets in Singapore, with the latest opening yesterday at Kidzania, a children's amusement centre in Sentosa.

They include six The Soup Spoon Union outlets, which also houses some of its other brands under one roof.

The number of establishments in the food business has fluctuated over the years.

The number of workers also went both up and down over the years.

The total output ($m) rose or remained steady despite an inconsistent pattern with the number of establishments.

Gross domestic product contributions ( per cent) from the sector managed to remain consistent.

This article was first published on April 4, 2016.
Get The New Paper for more stories.