Avoid apps that are too nosy 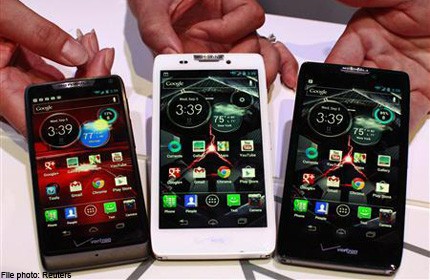 Why is Android such a big target for malware?

Android has become the dominant mobile OS around the world and, like Windows before it, malware writers typically target the most-commonly-used platform in the hope of snaring the most victims.

Not all phones can run the latest, more-secure versions of the Android system, which can make them more vulnerable to malicious apps. Third-party app sites help spread malicious software as well.

How can I tell if an app may be suspect before I install it?

Common sense and a discerning eye can help keep your device safe.

If you want to avoid malicious apps, get new software from trusted sources like the Google Play store or Amazon's Android app store - and avoid installing any apps from random third-party sites.

Sticking with apps from well-known developers or apps that have been professionally reviewed can help keep you away from the junk and scam programs that may have made it into the store.

What does Google do to protect Android users?

Although it does not make developers go through a formal approval process when submitting new apps, Google does automatically scan apps that are added to its Google Play store for malware. The company has also withdrawn bad apps that have wormed their way into the store.

What precaution should I take when shopping for an app in the Google Play store?

Thoroughly check out an app before installing it. Be wary of apps that seem to have a lot of downloads and high ratings - but few written reviews - as a scammer may be trying to get attention.

Check the app's Permissions tab on the Google Play page to see what parts of your Android phone or tablet it wants to use, and then avoid apps that look too invasive.

Any advice for those who like to visit third-party app sites?

You may want to consider installing mobile-security software from a reliable company. Some apps, like Lookout or F-Secure, also help track lost phones and remotely wipe data - because a missing or stolen device may be more of a security problem than malware for many people anyway.