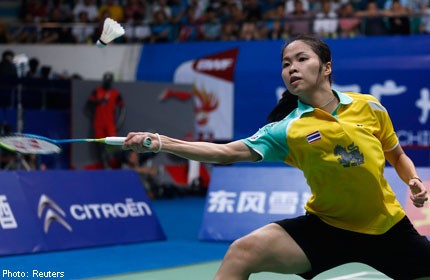 He also revealed that he and a group of friends had raised Bt500,000 (S$20,300) to help cover her training costs, and said the amount could reach Bt700,000 by the time they meet for the friendly match.

Camronwit insisted he wasn't just caught up in the sudden media frenzy following the teenage athlete's recent win, but had contacted her about the friendly match even before she clinched the world women's title in Guangzhou on Sunday. He said Ratchanok, 18, would be able to compete until the age of 30 provided she is disciplined, trains hard and does not get carried away by fame or temptation.