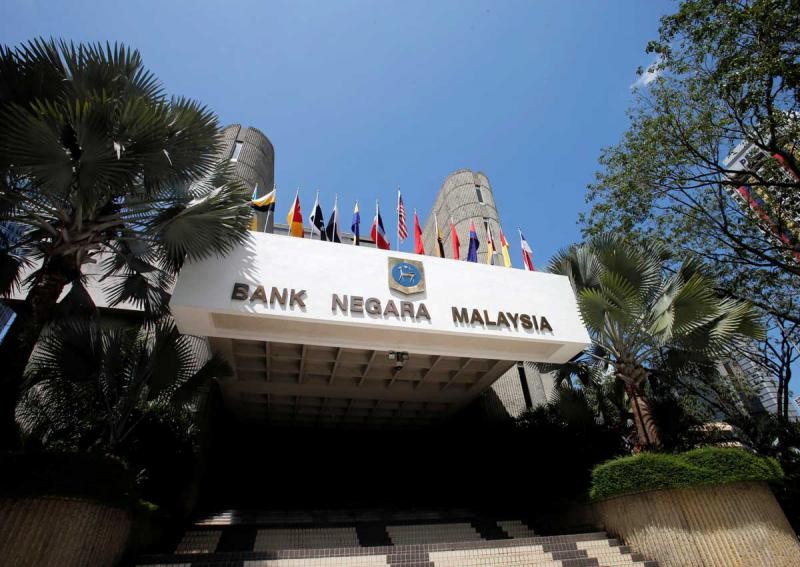 KUALA LUMPUR - Malaysia's central bank has cut the key lending rate by 25 basis points in a bid to boost the flagging economy and minimise repercussions stemming from Britain's decision to exit the European Union.

After holding the overnight policy rate (OPR) steady at 3.25 per cent in 11 successive meetings, the monetary policy committee (MPC) surprised markets when it cut the key lending rate to 3 per cent at a meeting on Wednesday. It also reduced the ceiling and floor rates to 3.25 and 2.75 per cent respectively.

The rate change is the first under governor Muhammad Ibrahim who in May replaced the long-serving Zeti Akhtar Aziz.

Given that economic activities remain muted - exports remain in the doldrums and domestic demand sluggish - analysts do not discount a second 25 basis points reduction at the next MPC meeting in September or November.

While the ringgit might take a further hit, RHB Research ASEAN economist Peck Boon Soon pointed out it was already feeble in any event and that Bank Negara had to relax lending rates as "the main thing is to support growth."

"By sending out signals it is easing, Bank Negara (BNM) hopes to encourage businesses and consumers to spend."

The central bank said as much, stating the adjustment to the OPR was so that monetary accommodativeness was consistent with the policy stance of ensuring the domestic economy continues on a steady growth path. Inflation is projected at 2-3 per cent, and supported by continued healthy financial intermediation.

At the same time, BNM said global monetary conditions are expected to remain "highly accommodative" in light of the uncertainties resulting from Brexit.

However, it was concerned uncertainties in the global environment could weigh on Malaysia's growth prospects, which analysts have lowered to 3.8-4 per cent from earlier projections of about 4.5 per cent for the full year.

Recently, Affin-Hwang Investment reviewed its second-quarter growth forecast to 4 per cent year-on-year (4.3 per cent before), lower than the 4.2 per cent registered in the January-March period.

The second half could be as dull. AllianceDBS chief economist Manokaran Mottain has observed amid rising costs, business confidence remains weak and a dampening factor, while exports have not been boosted despite the ringgit softness, signalling weak global demand.

Analysts said BNM's pre-emptive response is required to shore up domestic demand - the main driver of growth - so that it continues to expand, albeit at a slower projected rate of 4 per cent from more than 6 per cent previously.

"Looking at the indicators, if rates are not cut to support the economy, growth will slow further," Mr Peck said, noting the slump in important sectors such as housing had caused a dive in investments.

Still, he expressed surprise at the reduction as BNM had previously not been in a rush to ease rates because of concerns it would encourage more borrowings.

Greater imbalances would be even more worrying given Malaysia's household debt stands at a staggering 89 per cent of GDP - one of the highest in the region.

OCBC Bank economist Wellian Wiranto saw the rate cut as a "huge shift" especially since the central bank had been upbeat about the economy previously.

"Goodness me. Barely two months after painting a sanguine picture on growth outlook, Bank Negara surprised the market today by cutting the rate to 3 per cent - ostensibly on growth concerns."

While the global unease had prompted the reduction, he observed the prevailing feeling that global rates would be low for longer would give BNM more space to manoeuvre again if needed.

Touching on the currency, UOB said the USD/MYR was currently at 3.99 and that downward momentum had picked up, but that only a close below 3.96 would shift the current USD neutral outlook to bearish. "This appears to be a likely scenario unless USD can move and stabilize above 4.02 in the next 1-2 days."

This article was first published on July 14, 2016.
Get The Business Times for more stories.