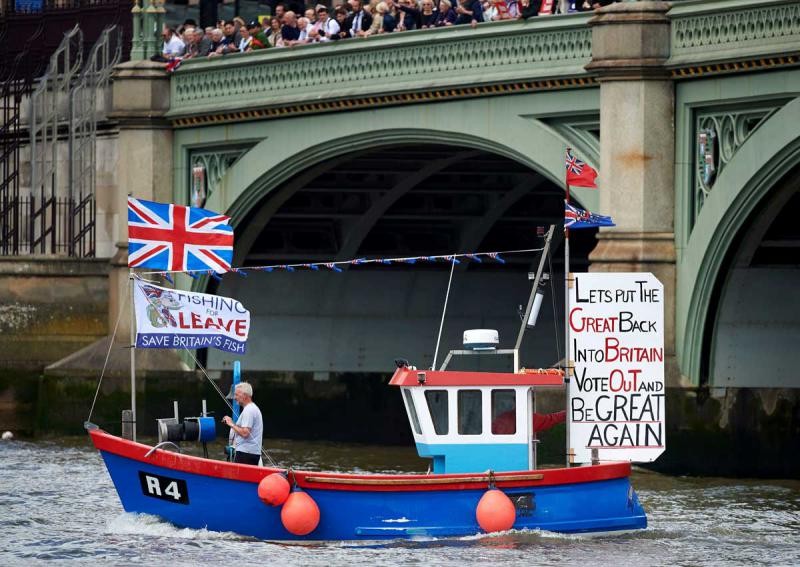 DBS Bank will have all its traders standing by and ready for action next Friday afternoon when the results of the Brexit referendum are expected to start trickling in.

The bank is also making sure its information technology system will be able to handle a jump in activity as the world finds out whether Britons voted to leave the European Union. "We are deploying our full team of traders and will take extra measures to ensure our IT systems can cope with the anticipated increase in queries and trading volume," said Mr Andrew Ng, DBS' group head of treasury and markets.

The world's biggest banks, including Citi, HSBC, JP Morgan and Goldman Sachs, are reportedly drafting senior traders to work through the night in London as results start to dribble in after the June 23 polls close.

Market observers expect financial markets to be choppy after the vote, especially if the "Leave" camp carries the night. Latest opinion polls show that voters are indeed leaning towards exiting the EU, a prospect that is spooking central banks and investors around the world.

Singapore's two other local lenders, OCBC and UOB, did not say whether they were making plans for Friday but said they did not expect the referendum to have a major impact on their businesses, whatever the result.

"We expect to see increased volatility in the financial markets and dampened business confidence in the short term if Brexit does take place but the impact on the local economy is likely to be limited in the long run," said OCBC Bank's chief risk officer, Mr Vincent Choo.

"Our exposure to UK and Europe is not material to the overall health of our balance sheet."

Similarly, United Overseas Bank's head of investor relations and research, Mr Jimmy Koh, said Brexit would result in volatility in the markets, but that it "would have a negligible impact on UOB as our non-bank exposure to the UK is minimal".

"Nevertheless, we are mindful of the potential long-term implications of Brexit on the broader European bank and corporate sectors, and will continue to monitor developments closely," he added.

Analysts certainly expect the referendum to have an immediate effect on markets, especially on the sterling, which has already depreciated by over 10 per cent against the Singapore dollar since August last year.

In the event of Brexit, National Australia Bank's senior markets strategist, Mr Julian Wee, expects the British pound to weaken to as low as $1.818 from $1.915 now, a drop of about 5 per cent.

"The main driver here will be an increase in global risk aversion due to a resurgence in concerns about the long-term viability of the euro zone and the euro," he said. "This would, in turn, lead to portfolio outflows from emerging markets and emerging Asia, and the Singdollar, as the currency of a regional financial centre, would be quite susceptible to these."

Maybank Singapore's head of foreign exchange research, Mr Saktiandi Supaat, has an even more dire outlook, forecasting the pound to weaken by an average of 10 per cent against Asian currencies - except the Japanese yen - if Britain leaves the EU. Brexit would adversely affect British trade, investment flows and jobs, he said. "Such an outcome will be a concern for financial stability as Britain already suffers from twin deficits - current account and budget."

Amid the dire warnings and fiery soundbites in the Brexit debate, investors in Singapore are keeping their cool.

"I have stocked up around 30 per cent of my daughter's British education cost," said finance industry veteran Raymond Khoo.

"Even if there is no Brexit, the pound will go back to, at most, $2.10 or $2.20, which is still relatively cheap compared to historical levels. The era of low interest rates will limit the strength of the pound in the long run."

Investor Shaun Lee, 46, sold his London property for around £600,000 in May, and he is holding on to the cash. "I'm not converting it back to Singdollar because the value of the pound is too low. I might look into re-investing it in the British real estate market."