Barcelona bookstores reinvent themselves to survive 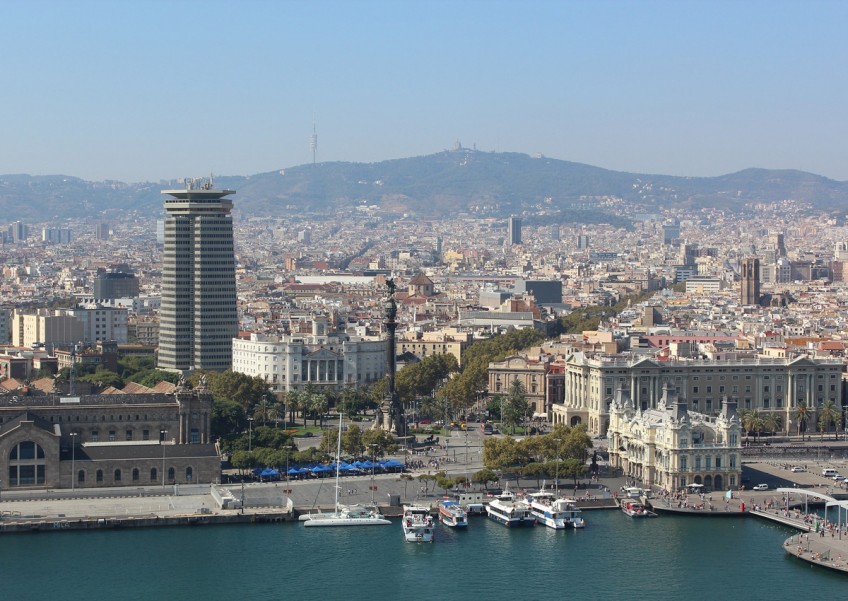 Barcelona - Faced with falling sales and the rise of ebooks, bookstores in Barcelona, the Spanish-language world's publishing capital, are remaking themselves as cultural centres that offer concerts, classes and hard to find books to draw customers.

"We had to change. Either we reinvented ourselves or it was really impossible to stay open," said Montserrat Serrano, the lively owner of the +Bernat bookstore located just off the Diagonal, one of the main avenues in Spain's second-largest city.

The bookstore, opened in 1978, moved to this larger location -- a former sex shop - from a neighbouring store six years ago so it could include a cafeteria lined with bookshelves that offers a daily menu and cooking classes.

The space is also used to hold conferences, debates about cinema, language classes, concerts and even board game tournaments.

"I decided to expand the place to survive. I am crazy, I don't have barriers," said Serrano, who is confined to a wheelchair.

"You end up converting the bookstore into a meeting place, there is a lot of movement and you build customer loyalty," said Serrano, though he concedes staying afloat is still hard.

"We struggle to balance the books. If anything unforeseen happens, everything wobbles," she said.

Spain's publishing sector posted sales of 2.19 billion euros (S$3 billion) in 2014, down 30 per cent from 2008, according to figures from the Spanish Federation of Publishers.

In Barcelona, which is home to the biggest Spanish-language publisher, Planeta, as well as a major concentration of medium-sized publishing houses, many iconic bookstores have been forced to close their doors in recent years, including the Catalonia bookstore.

It closed in 2013 because the owners could not keep up with rising rent and the space now houses a McDonald's restaurant.

"The crisis has been long, persistent and deep," said Antonio Daura, the head of the Association of Booksellers in Catalonia.

"But there have been entrepreneurs, people who have opened shops with a very specialised focus and small size," he added.

Barcelona has a long literary tradition. The first one-volume edition of "Don Quixote" was published here in 1617.

It was in Barcelona in the 1960s that the late literary agent Carmen Balcells added Gabriel Garcia Marquez, Mario Vargas Llosa and many other great writers to her client list, placing the city at the centre of a Latin American literary boom.

"There was an economic crisis, but not a cultural crisis," said Abel Cutillas, who opened Calders, a popular bookstore that sells works from small independent publishers that big bookstore chains never carry.

"Very interesting publishers have emerged, very appealing authors, books are being translated and republished that have lots of quality," he said as he stood in front of his bookstore's worn walls.

"The success of a bookstore is surviving and at the moment we are doing that," he added.

Xavier Vidal left his job as a journalist in 2013 to open the No Llegiu bookstore - which means "Don't Read" in Catalan.

He recently moved to a new, larger location with two floors and a spiral staircase after his clients raised 17,000 euros though crowdfunding and formed a human chain to help move books from the old location to the new one.

On a recent visit Vidal was preparing to host a book club at the store after it closed its doors. The club would discuss the first two chapters of German novelist Thomas Mann's "The Magic Mountain", which is set in a tuberculosis sanatorium.

"If I sit in the bookstore and wait for people to come, I can die. I have to make them come, spread my passion for reading" he said.