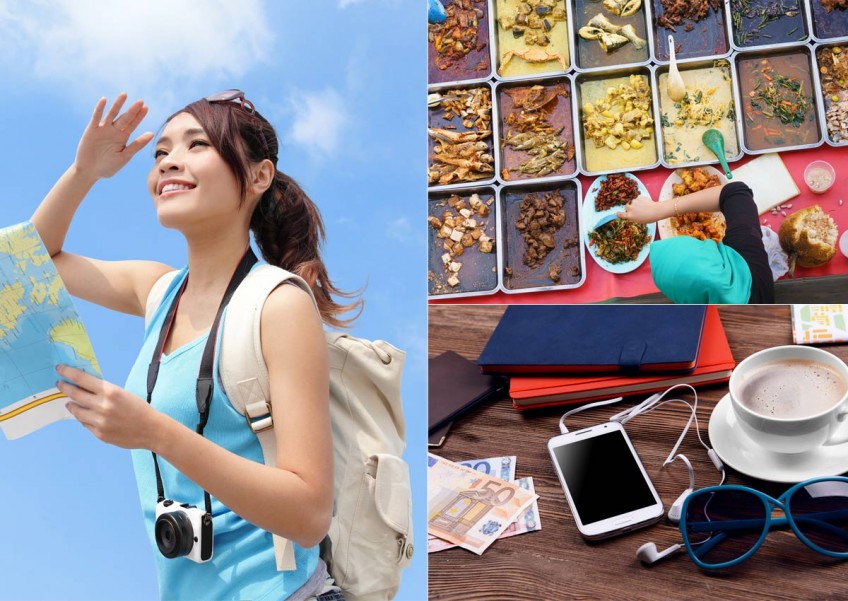 SINGAPORE - Men and women can be quite different when it comes to making travelling choices, but when it comes food and culture - both sexes share the same interests.

Online travel agency Zuji revealed similarities and differences of 485 Singapore-based travellers in a survey and found out some interesting quirks about each gender.

Guess who is more clueless when it comes to travelling? If you bet your money on the women, then you could be in for a loss.

According to Zuji, men seem to be more scatter-brained with 20 per cent of them admitting that they have gone to the wrong airport gate and 25 per cent of them have mistaken a stranger for a celebrity when they were overseas.

Women also have encountered their fair share of holiday boo-boos. Close to 10 per cent of female travellers shared that they have lost their bathing suits in the sea.

The survey also showed strong differences in travelling styles and habits between the two sexes.

Before going on a trip, over 50 per cent of men prefer gathering insights from family and friends, compared to a mere seven per cent of their female counterparts.

A whopping 88 per cent of women prefer to do their vacation research through travel sites and blogs, compared to only 42 per cent of men.

Male travellers are also more likely to splurge on food, while the women are more keen to spend on luxurious accommodation and shopping.

If you are travelling with a mixed group for your next trip - don't worry, the survey also showed there are some areas which both sexes seem to be agreeable on.

On a budget, more than half of both men and women are willing to forgo Wi-fi access for a comfortable bed at night.

When it comes to room facilities, air-conditioning is apparently the most important, according to Zuji. Over a third of men and more than a quarter of women would rather share bathroom and sleeping facilities than forgo air-conditioning.