Off the beaten path - in luxury 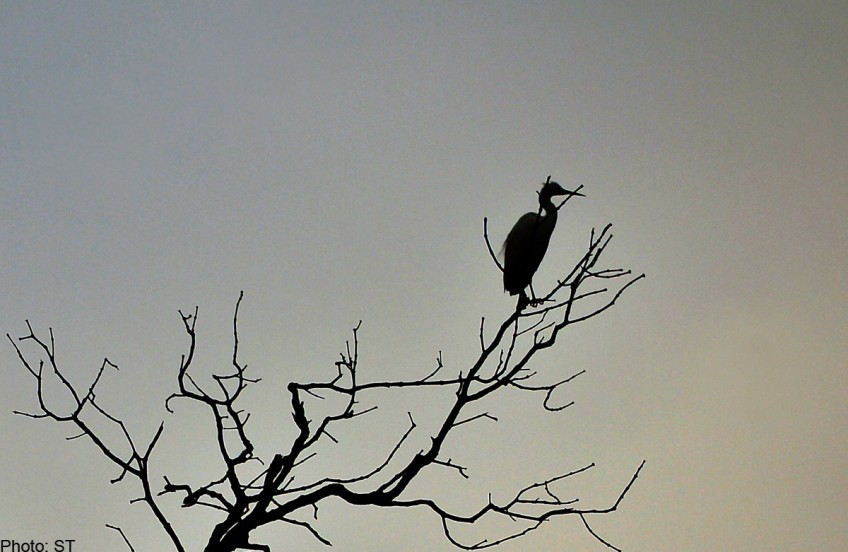 There probably is not much the savvy and well-heeled Singaporean traveller has not already seen, so where better to take them than well off the beaten track - but in luxury, of course.

An expedition might include traversing East Africa as huge herds of wildebeest embark on their annual migration or cruising through icebergs to look at penguins in the Antarctica.

Travellers can opt to stay at posh lodges or tented camps, some of which even come with private chefs, butlers, masseuses and stellar wine lists.

Whatever the voyage, however adventurous the globe-trotter, bespoke tour operator A2A Safaris aims to come up with the ideal itinerary for the travellers who reckon they have seen it all.

The firm's business has grown by a compounded 20 per cent a year since it was set up in 2002, said managing director Kim Nixon in an interview with The Straits Times last month.

The robust expansion is a testament to the ballooning demand for exotic vacations among travellers in Asia, including Singapore, he said.

A2A Safaris, which has offices in Hong Kong, Singapore and Manila, offers tailor-made trips to far-flung destinations in Africa and more recently to Latin America, under its new sub-brand A2A Journeys.

Each trip is customised from start to finish in line with the client's preferences, including the type of wildlife, scenery and activities they are interested in. The cost varies accordingly, from more than US$4,000 (S$5,300) to US$20,000 per person.

"Asia as a destination is maturing, and for a lot of people here, travelling has gone beyond the necessity to go to France for the most expensive branded handbags," said Mr Nixon.

"They are looking for experiences and journeys that can give them stories and memories for a lifetime."

He said that more clients have indicated that they "want to feel more connected by being more disconnected".

"By going to these wild, remote areas, and being, at certain points, disconnected from all the trappings of modern society, they actually feel more relaxed and in tune with nature."

The increasing demand from such clients prompted the company to launch A2A Journeys in October, with a focus on seven destinations - Mexico, Ecuador, the Galapagos, Brazil, Peru, Chile and the Antarctica.

A trip to Peru, for instance, could involve a visit to the Amazon, excursions in search of wildlife such as caiman, piranhas and turtles as well as a look at the ruins of Machu Picchu, said Ms Stephanie Wetherell, the firm's Latin America specialist.

"I don't think many people think of Latin America straightaway as a gourmet destination, but the big cities, particularly Lima, Buenos Aires, Sao Paulo, Mexico City - they have some of the best restaurants and wine regions in the world," she said.

The firm, which employs fewer than 20 staff worldwide, including four in Singapore, has raked in US$7 million in revenue so far this year.

But even as travellers have become more discerning, Mr Nixon said that some still come up with a few "funny requests" when it comes to planning itineraries.

Those less familiar with Africa's sheer size, for instance, would ask to see the great migration, the Victoria Falls as well as the deserts, although it would typically take at least a month to complete all of that.

Others want to replicate images from fashion magazines, such as photoshoots with cheetahs at a very close range. "It's impossible, unless you want to get your hands eaten," he said.

Client safety is a top priority, said Ms Wetherell, noting that itineraries will be changed if a problem arises.

"You hear about riots, violence and gang fights in some of the countries we go to, but these happen in very localised hot spots where there is criminal activity, and not anywhere near where we send our clients to."

And while the business has experienced "a bit of a blip" in recent months, particularly in Singapore, due to the Ebola epidemic, Mr Nixon expects demand for African expeditions to be on the rebound sometime next year.

"What some people don't realise is that in Africa, which is a huge continent with 54 countries, (only) three have been affected by the virus. Ebola has not been present in any of the countries we send our clients to."

of the "younger, upwardly-mobile executive type in Asia".

It will also look at offering more destinations, such as in the Arctic and the north-west of the United States, which is known for its grizzly bears and salmon runs.

"We are always on the lookout for new places, especially now that travellers are developing a love for the natural places around the world and seeking them out," said Mr Nixon.