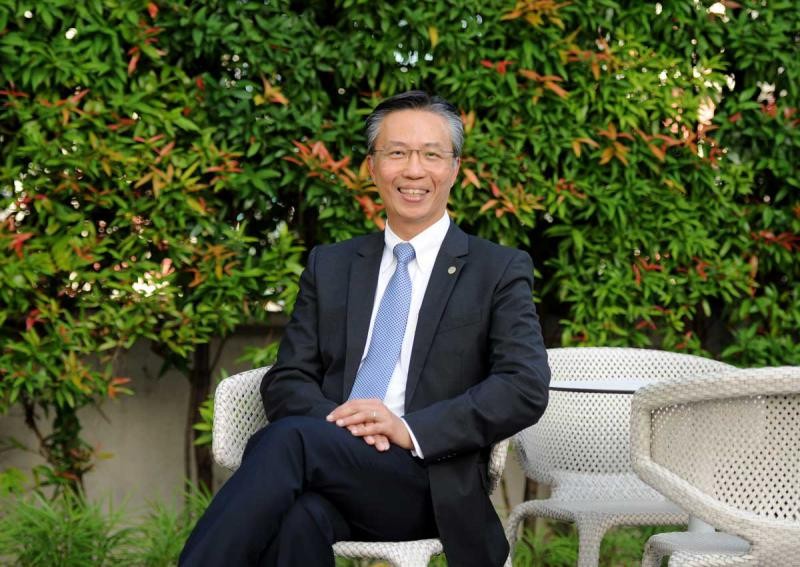 When Frasers Hospitality announced 12 months ago that it had acquired British-based hotel chains Malmaison Hotel du Vin (MHDV) for £363.4 million (S$672 million), few people appreciated the immensity of the deal.

Even fewer knew about the intensity that went into capturing it.

It was the first purchase of a hotel chain by Frasers, which had previously grown by purchasing assets on a piecemeal basis.

By acquiring MHDV, the hospitality arm of mainboard-listed Frasers Centrepoint (FCL) gained access to a stable of 29 upscale lifestyle boutique hotels under the Malmaison and Hotel du Vin brands and put it well on course to meet its global target of 30,000 apartment units and rooms by 2019.

But the deal nearly did not happen as the Singapore serviced residence operator was facing stiff competition for the assets, which were put up for sale by KSL Capital Partners.

The US private equity firm, which bought MHDV for just £200 million from its administration- hobbled parent, was looking to exit the investment at a price in excess of £350 million.

Hong Kong-based Great Eagle Group, which owns the five-star Langham Hotel in London, and an unnamed China fund had reportedly also thrown their hats into the ring.

In contrast, Frasers was an underdog whose name never once came under the media spotlight until its triumphant announcement as the winner.

A pensive Mr Choe Peng Sum, chief executive of Frasers Hospitality, recalled the events a year ago at his office in River Valley Road during an hour-long interview.

It had to stay disciplined in its investment approach in terms of yields, a point he made repeatedly.

Price aside, it was willing to be flexible and accommodating to the seller.

"When we went in with our bid, we could demonstrate two things," he said.

First, Frasers was willing to close the deal quickly.

It agreed to just one month to complete a comprehensive appraisal of MHDV's business and assets, known in financial parlance as due diligence. This process takes three to four months under normal conditions.

"We were not buying one property. We were buying 29 properties. We were also buying a company," he said, referring to MHDV Holdings (UK), the legal owner of the hotel chains.

"Typically, you could take three to four months to do a thorough due diligence. But one month meant we had to work night and day to go through and comb through everything, from whether there was asbestos in the buildings to structural due diligence of all the 29 properties, their P&Ls (profits and losses), taxes, operations and insurance," said Mr Choe.

To do that, the team working on the deal hunkered down in a room - an ad hoc nerve centre - round the clock to focus on the deal.

"Valerie Foo (who oversees finance) had to work very hard. She is a very strong member of the team that led the due diligence process. We also have Guus Bakker (chief operating officer for Europe, the Middle East and Africa) and his team in London who were instrumental in doing thorough checks, including all the site inspections."

With 29 properties to inspect, that worked out to one site visit a day on average.

A second reason that could have swung the deal in his favour, Mr Choe mused, was that the seller could see that Frasers Hospitality was acquiring MHDV as part of its hospitality business and in it for the long haul.

Private equity investors, on the other hand, tend to have a more limited investment horizon, which means exiting an investment after a stipulated period.

"In essence, when we purchase a chain we would be the last to get the maximum value just by real estate alone. We were buying it as a business and continue it as a business. And so even when we bought it, we spent a lot of time talking to the existing team and assuring them. We spent a lot of time on townhall meetings," noted Mr Choe, who hired consultant group EY to advise him and his team on implementing critical tasks for the first 100 days and 300 days, respectively, following an acquisition.

"When you buy out a group, there are a lot of concerns and worries among existing staff, like do they still have a job - things like that. We went out and assured them. We shared with them what we were going to do once we bought this chain. How we are going to expand to Europe, how we are going to expand it out to Asia. The people were excited. To this day, I am happy to say that the attrition rate has been very minimal."

As if matters were not complicated enough, the chance to acquire four British boutique hotels from Hong Kong-based Swire Properties also came up around the time of the due diligence.

Never one to say no to a good buy, Mr Choe interrupted a busy schedule to fly to Hong Kong to persuade his counterpart at Swire Properties to allow more time to hammer out a deal.

The moment the MHDV deal was sealed, Mr Choe dashed to Hong Kong and secured four more hotels for Frasers Hospitality in Bristol, Exeter, Cheltenham and Brighton in Britain for £36.1 million.

These properties are in the midst of being reflagged under either the Malmaison or Hotel du Vin brand.

Malmaison hotels tend to be in notable buildings in London and regional city centres, while those under the Hotel du Vin brand are in historic buildings across Britain's cathedral and university towns.

While Mr Choe was generous with his praise for his team members in taking on two challenging acquisitions back to back, he was rather reticent when talking about his own role.

"It's not so much having a determination. It was encouraging because the whole team was motivated. We kind of helped each other and still had time to laugh and joke."

But there is no denying the highly disciplined and steely nature behind the soft-spoken man.

Whenever he flies across time zones, his habit is to adjust his watch to local time an hour before reaching his destination so he can hit the ground running.

He rarely gets jet lag on his business travels and credits this to his national service stint in the navy.

"In the navy, we were put into what they called seaboxes. They would roll you all over the place as though you were in a storm. This trains your mind. You may be unstable but you tell your mind you are stable. It's a funny thing but I hardly get travel sickness because of the training I received."

Which is a handy survival skill as the 55-year-old, globe-trotting chief executive chalks up tens of thousands of air miles every year scouring for potential cities to plant a Frasers flag.

However, he would not be drawn into saying if Frasers would continue with a similar pace of acquisition this year, after investing about $1.3 billion on MHDV, the Swire properties and Sofitel Sydney Wentworth last year.

He said Europe remained an attractive proposition as yields in the continent are still acceptable.

So are Japan and certain parts of Australia.

"USA is a jigsaw puzzle piece that is missing in our portfolio. I'm very sure that we will probably find something," he said. But they will be patient and not be foolhardy to rush into it.

"We are disciplined in terms of purchasing properties in terms of making sure we meet our yield hurdles. If anyone is paying crazy money for it, we won't overbid just to get the project. We need to mitigate our risks."

Stock analysts have given Frasers' expansion in Britain the thumbs up.

"From a strategic standpoint, we view this acquisition positively as it drives a higher recurring fee income for the group," said CLSA, noting that post-acquisition, Europe will account for 19 per cent of the hospitality firm's total keys, up from 8 per cent, as well as boost FCL's Ebitda - a measure of operating profit - by $47 million.

This forecast did not take into account the pound's plunge and future economic uncertainty after Britain voted last Thursday to leave the EU.

Regular stayers at a Frasers Hospitality apartment - be it the high-end Fraser Suites, Fraser Place and Fraser Residence or second-tier Modena and Capri - have often found a certain homogeneity across all its properties, such as a quiet dignity in the common space and limited all-day dining.

With the addition of Malmaison and Hotel du Vin chains to the Frasers stable, this familiarity begins to fray.

No doubt there is still the same high service standard and room quality with which Frasers is associated.

But if Frasers' branded residences are - to use a film analogy - rated General or PG13 in terms of suitability for general audience viewing, then the equivalent rating for the Hotel du Vin and Malmaison hotels is either an NC16 or M18.

For one thing, the strong emphasis on the food and beverage (F&B) business means that the atmosphere inside a Hotel du Vin or Malmaison property is anything but quiet. At night, it can get raucous when the bar is in full swing.

With Malmaison, there is also an added raunchy element, given its appeal to a younger and more edgy clientele.

For instance, a visitor to London Malmaison Brasserie will be greeted by a large, original Jack Vettriano picture in the lobby called Game On, which depicts a sensual scene that the more prudish folks might blush at. The painting is a gift from the artist to the hotel.

Other unique Malmaison offerings include a hotel in Oxford that was converted from a prison that operated until 1996.

The block is also a popular place to hold parties, including weddings, and movie shoots.

Some scenes of 101 Dalmatians were shot there, said the duty manager while giving a tour of the property.

The difference between the Frasers and MHDV brands is to be celebrated and not a source of worry as they "perfectly complement" the company's portfolio, said Frasers Hospitality chief executive officer Choe Peng Sum.

He is keen to tap the respective strengths of Hotel du Vin and Malmaison.

Plans are afoot to expand the Hotel du Vin brand into Europe and tap Malmaison for the Asian market.