Beijing's Palace Museum to sell jewelry based on empresses' style 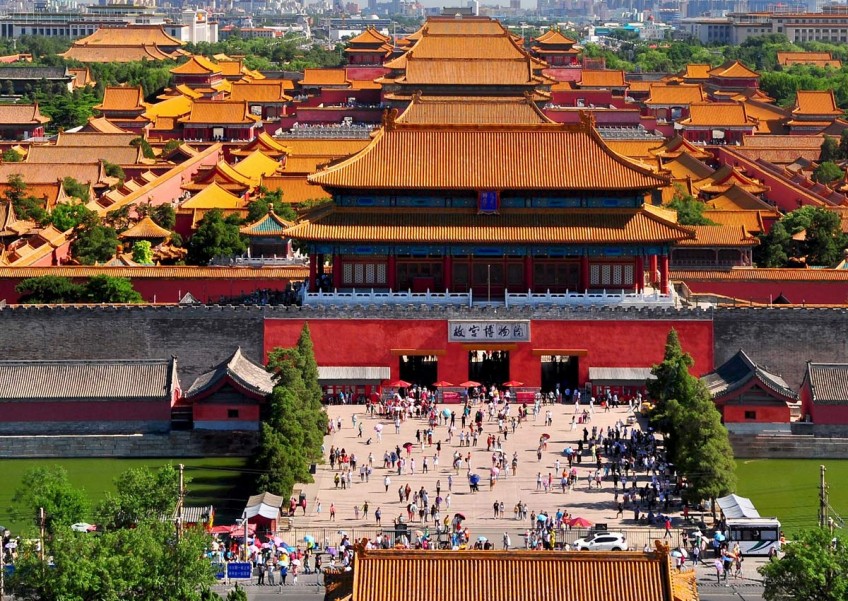 The Palace Museum in Beijing will launch a jewelry series that replicates the fashion styles of ancient empresses, a move seen as its latest attempt to promote traditional Chinese culture through creative products.

The cultural service centre of the Palace Museum, also known as the Forbidden City, has authorised jewelry retailer Chow Tai Fook to use the design of some of its ancient collections and create a new line of jewelry, including hairpins and bracelets.

Priced from tens of thousands to millions of yuan (from thousands to hundreds of thousands of dollars), the jewelry is available exclusively on Juhuasuan, the group-buying site of Alibaba, starting at 10 am on Wednesday.

Along with the jewelry, some of the creative souvenir items, such as imperial-style luggage labels and smartphone holders shaped like imperial guards, will also be sold on the site.

Through co-operation with Juhuasuan and Chow Tai Fook, the museum－former home to 24 Ming and Qing emperors-aims to bring Chinese traditional arts and culture to people's daily lives, Alibaba said on Tuesday.

The Palace Museum has already opened a store on taobao.com, the customer-to-customer site of Alibaba, selling creative souvenirs online, some of which have become hit products. Previous media reports said that sales of the creative items were estimated to have reached 900 million yuan (S$201 million) last year.

Zhang Jianfeng, who is in charge of the retail business unit of Alibaba, said that China's emerging middle class is using e-commerce platforms to enjoy a better life.

"Apart from seeking products from other countries, they are hoping to know more about their own traditional culture. We can see that trend through the growing popularity of the Taobao store of the Palace Museum," he said.

Shan Jixiang, curator of the Palace Museum, said in a previous interview that with economic development comes people's increasing demand for cultural products.

"As a nonprofit museum, the aim of the Palace Museum in developing creative items is to meet the public's demand for culture, rather than making a profit," he said.

The museum has a collection of about 1.8 million items, but only 10,000 are on exhibit.

"This kind of collaboration is a way to unveil more of its collections to the public," said Pan Shouyong, a professor of museum studies of Minzu University of China.

"Most of the collections were designed and made by the top-notch masters in China's history. It would be great to use the old designs to inspire some new designers, so that the traditional culture and knowledge can be passed on to the younger generation," he added.