Best 10 things you must do in Tokyo 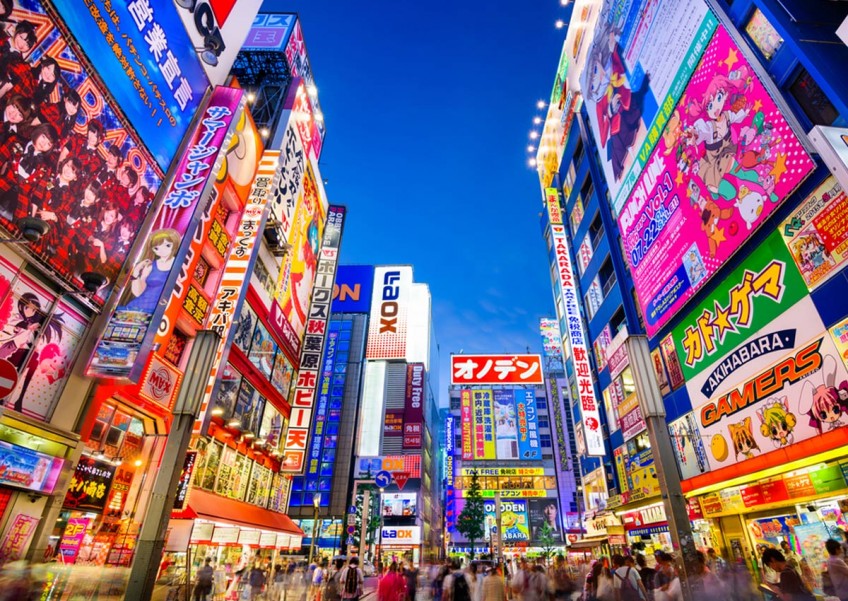 Thanks to a weak yen, it's now 50 per cent cheaper for UK tourists to visit Japan than it was in 2013 - now's the time to act on those long-thought-out plans and find cheap flights to Tokyo.

It's a fascinating mix of the hyper-new and the ancient, where you can see the second-tallest structure in the world - the Tokyo Skytree - on the same day as visiting a 1,400-year-old temple in Asakusa.

The Imperial Palace is the official residence of the Emperor of Japan and the former location of Edo Castle. In 1867, the Tokugawa Shogunate came to an end, and with it the period where Japan was ruled by feuding warlords.

Power transferred to the Emperor, who moved from Kyoto to the city that was then known as Edo, but which was subsequently renamed Tokyo, meaning 'Eastern Capital' - and Tokyo has remained the capital of Japan ever since.

Damaged during the Second World War, little remains of the original Edo Castle, but one of the palace's most picturesque spots gives a fine view of an original seventeenth century watchtower: by the dual bridges of Nijūbashi, the tiered towers of Fujimi-yagura hang serenely above the water.

Much of the palace is closed to the public, although the area around  - known as Higashi Gyoen (East Garden) - is a public park that's free to wander.

But if you want a peak behind the palace's impressive granite walls, you'll need to book onto an official tour at least a month in advance (tours are in Japanese but English audio guides are available free of charge).

2. Check out the cosplayers on Jingu-bashi Bridge

Jingu-bashi bridge, just in front of Yoyogi Park in Harajuku, is the place to go to see kids in cosplay (a portmanteau of 'costume play') in which people dress up as their favourite characters.

They tend to be there on a Sunday and they'll happily pose for a photo - but do ask first as it's generally considered rude to take a photo without asking.

If you head into the park itself, you can often see groups of rockabilly dancers, complete with leather jackets and 1950s quiffs, along with various teenagers parading the latest Harajuku fashions.

The scene has died down a little bit in recent years but don't worry if you can't find any fashionable young things to photograph - the park itself is well worth the trip alone, providing an oasis of green in an ocean of steel.

If you want to truly appreciate the vastness of Tokyo - as well as gain some respite from the crowds - you need to get up high. The Tokyo Tower, a 333 metre tall communications tower, used to be the highest structure in Japan, but in 2011 it was surpassed by the Tokyo Skytree, which at a whopping 634 metres is the second tallest structure in the world after Dubai's Burj Khalifa.

The Skytree has a cafe at 350 metres, which is ideal if you want a tea or coffee BUT REALLY HIGH UP, and it also boasts a frankly terrifying glass floor in one section. The downside is that the Skytree is quite far from the centre of town, and there's a charge to climb it; the Tokyo Metropolitan Government Building, on the other hand, is right in the centre of town and its observation decks are free, even if they're 'only' a paltry 202 metres high.

If you'd rather keep things classy, head to the Sky Bar on the 45th floor of the five-star Keio Plaza Hotel in Shinjuku and order one of their amazing cocktails.

Or even better, follow in the footsteps of Bill Murray and Scarlett Johansson by dining at the New York Bar of the Park Hyatt Hotel, as featured in the film Lost in Translation.

You're no doubt familiar with the concept of kaiten-zushi (conveyor belt sushi), which has existed in Japan for decades - since 1958 in fact. But now the Japanese have taken it to the next level. The latest generation of kaiten-zushi restaurants - a prime example of which is Genki Sushi in Shibuya in Tokyo - now let you order your food from a touch screen.

Then, just a few minutes later, your order shoots out from the kitchen on a tiny robot train that parks directly in front of you with a cheery beep. Amazing. And what's more, it's remarkably cheap!

5. Get up early for Tsukiji fish market

The tuna auction is a spectacle to behold and the market has an air of organised chaos as people scamper to and fro with bundles of unfamiliar sea creatures while others use band saws to slice up enormous frozen fish. You'll need an early start to catch the action though - registration for the auctions takes place at 5am, and it's pretty much over by nine.

Akihabara is the place to be for crazy electronics shops, arcades and toy shops. You could easily spend a whole afternoon or more wandering around them and you'll be amazed at how many bizarre figurines you can buy.

Most arcades and shops tend to be about five or six floors high, each level a warren of games, toys and weird stuff.

And while you're there, try eating at Mos Burger, the Japanese answer to McDonalds, which offers burger buns made of rice.

There are hundreds of temples and shrines in and around Tokyo, but the most striking is probably the bright red Senso-ji in Asakusa, which dates from 645 (although it has been rebuilt several times).

The picturesque 'Thunder Gate' (Kaminarimon) at the entrance, with its huge paper lantern, is one of the most famous images of Tokyo. But if you're looking for controversy, there's always the Yasukuni Shrine. The building is a huge source of tension with China because it honours Japanese war dead, including war criminals.

The museum next door is even more contentious, featuring a revisionist history of the Second World War that paints the USA as the aggressor. It certainly makes for a memorable visit.

8. Tackle the Shibuya street crossing - the busiest in the world

The famous pedestrian crossing in Shibuya gives you an idea of just how many people live in Tokyo. At peak times, 2,500 people an hour cross the road here in five different directions making for fascinating - if disorientating - viewing.

There's a well-placed Starbucks on the corner with an upper floor that provides a great view of the spectacle - if you can grab a seat, that is.

Look out for the statue of a dog called Hachiko on the opposite corner: this faithful dog greeted his owner at Shibuya station every day as the man returned from work and, even after his owner died suddenly of a brain haemorrhage in 1925, Hachiko continued to come to the station every day for the next nine years hoping to see his master return.

Okonomiyaki is Japan's greatest culinary secret. Whereas sushi, teriyaki and various other Japanese dishes have become commonplace across the world, few people know about okonomiyaki outside Japan.

It's sort of an omelette with cabbage in combination with various different ingredients of your choosing, such as pork or prawns. The mix is brought to your table raw before the waiter cooks it in front of you on a grill built into the table.

Once cooked, it's topped with Japanese mayonnaise, special okonomiyaki sauce, seaweed sprinkles and katsuobushi, which are wafer-thin fish flakes that 'dance' in the heat of the food.

There are loads of great okonomiyaki restaurants in Tokyo, but Sometaro in Asakusa is very traditional and one of the best.

OK, so technically it's not a robot. This 1:1 scale reconstruction is of one of the 'mobile suits' from the Gundam franchise - fans gets annoyed if you call them robots.

But whatever it's called, it looks damn impressive - and it moves and lights up too. The 18 metre tall robo… sorry, mobile suit stands outside , a huge exhibition dedicated to all things Gundam.

The franchise kicked off with an anime in 1979 and is often referred to as Japan's Star Wars, such is its enduring popularity. The exhibition here might leave Western visitors puzzled, but it's worth paying a visit to Odaiba Island just to see the robot do its thing.

If you're not into robots, there's always shopping - Odaiba is home to several enormous shopping malls, including Aqua City, DiverCity and Venus Fort, which is designed to look like a medieval European village.