Bidadari the next Bishan? 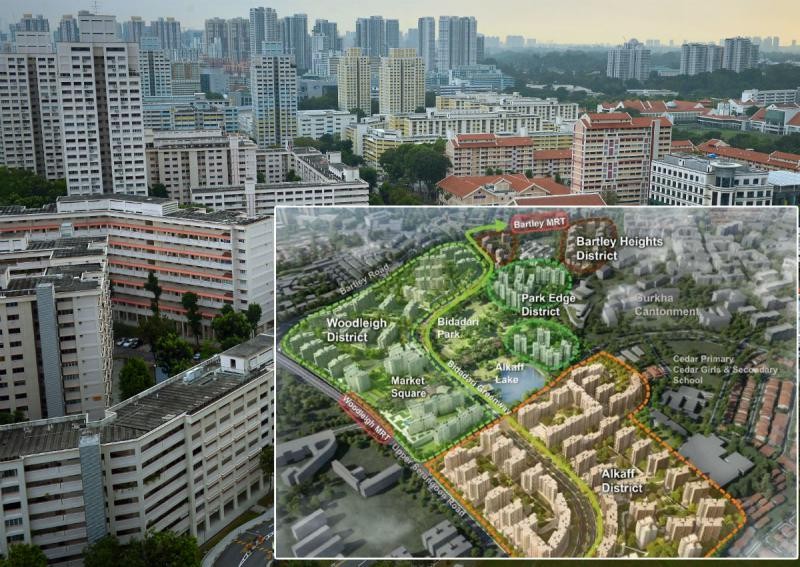 Comparison unfair as Bidadari not established yet, say observers.

One is a 30-year-old town with a bustling shopping centre and transport hub, while the other is an up-and-coming estate which, when built, will have an underground bus interchange, and a park with a lake and cycling paths.

Housing estates Bishan and Bidadari are often compared with each other, with many property agents and investors touting the latter as the "new Bishan".

The similarities are obvious: Both are close to town, fall under the planning boundaries of mature estates and once housed cemeteries that were exhumed to make way for public housing.

But not everyone agrees the newer town will also turn out to be a real estate superstar.

"Comparing Bidadari with Bishan is like comparing an apple on the tree with a durian cake," said SLP International Property Consultants research head Nicholas Mak.

"Bidadari is still at the infant stage - we don't know how exactly it will turn out in terms of infrastructure and resale prices."

Chief executive of real estate agency Century21 Ku Swee Yong said that because Bidadari lies on the far edge of Toa Payoh, benchmarking it against a mature estate like Bishan is unfair.

"We should be taking reference from nearer towns such as Aljunied and Potong Pasir instead," he said.

The buzz around Bidadari, which means "angel" or "fairy" in Malay, is not unfounded given its promised amenities.

When its first new flats were launched last November and in February, they were the most sought-after units in the HDB sales exercises, proving that most buyers were unfazed by its history as a cemetery.

In the November exercise, there were more than 23 applicants vying for every five-room flat on offer.

Experts said the demand was driven by Bidadari's location in Toa Payoh town and proximity to the city. Its convenience is further boosted by three MRT stations - Bartley, Woodleigh and Potong Pasir.

As a mature estate, Bishan naturally has more developed amenities, such as an MRT interchange, the Bishan-Ang Mo Kio Park and Junction 8, a bustling heartland mall.

The area is also a hotbed of schools, many of them top ones, like Raffles Institution and Catholic High School. Bidadari, on the other hand, has just three schools for now: Maris Stella High School, Cedar Primary and Cedar Girls' Secondary.

R'ST Research director Ong Kah Seng said that while some might prefer the fresh feel and trendy architecture of Bidadari, Bishan carries a "well-established charm", never mind its older flats.

"It takes decades to establish the X-factor that Bishan has," said Mr Ong, referring to the estate's popular image and high resale prices.

Still, Bidadari has the potential to become a mature estate like Bishan one day, experts said. As it also lies in a mature estate, resale flat prices might eventually reach levels comparable to Bishan's, they added.

Bishan HDB flats often sell at a premium over those in non-mature estates. In the last quarter, five-room units there went for a median price of $730,000, while those in Yishun went for just $450,000.

But prices also depend on individual flat attributes, such as their distance to train stations, said Mr Mak.

For civil servant Jonathan Lin, 25, Bidadari's central location drew him to apply for a subsidised four- room flat there with his girlfriend.

"Convenience is my No. 1 priority. Bidadari looks like it's going to be a good community... I didn't consider Bishan because resale flats are always more expensive."

This article was first published on April 6, 2016.
Get a copy of The Straits Times or go to straitstimes.com for more stories.