The biggest explosions in the universe 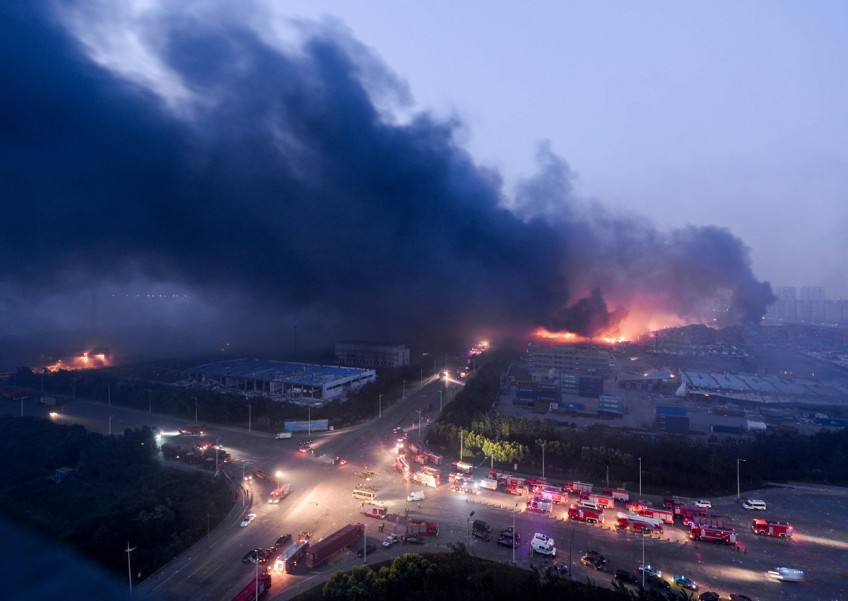 Fire and smoke rising after massive explosions hit the city of Tianjin in August 2015. Chinese police have arrested 12 people over giant explosions that killed at least 145 people and devastated a swathe of a Chinese port city, state media said on August 27, 2015 as prosecutors probe 11 officials for neglecting their duties.
AFP

These bursts are a million times brighter than entire galaxies

During the height of the Cold War, a few US spy satellites changed our view of the Universe forever.

In 1963, a year after the Cuban Missile Crisis nearly plunged the world into nuclear war, the US launched a set of spacecraft to keep an eye on the Soviet Union.

The two superpowers had just signed a treaty that banned nuclear testing in the atmosphere and in space.

From about 100,000 kilometres above Earth, these Vela satellites would make sure the Soviets complied.

They were designed to detect high-energy radiation called gamma rays, which are produced in nuclear explosions.

In 1967, the satellites began detecting several mysterious bursts of radiation. But the blasts did not seem to be nuclear bombs. They were coming from outer space.

The discovery of these cosmic curiosities was kept secret until 1973. No one knew what they were, and for decades, these gamma-ray bursts confounded scientists.

But as the Cold War thawed, thanks to multiple spacecraft and telescopes, astronomers have gained a better understanding of these bursts.

Today, they have found about 6,000, estimating that a couple flash in the sky every day.

They come from some of the Universe's most exotic objects: black holes and ultra-dense stellar corpses called neutron stars. They're so bright that they shine across vast stretches of space and time, revealing clues about the origins of the first stars.

Because of their ephemeral nature - as brief as a few milliseconds - gamma-ray bursts reveal a Universe that's more dynamic than previously thought.

Astronomers are learning that even in human timescales, the cosmos is an explosive and ever-changing place.

Gamma rays are about as extreme as you can get. "They're the brightest, most powerful explosions in the Universe," says Andrew MacFadyen, an astrophysicist at New York University, US.