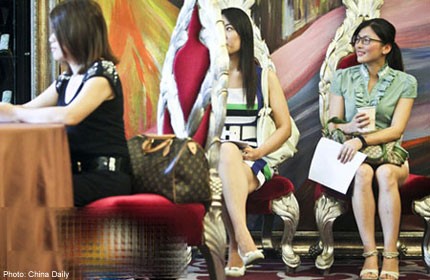 A post seventies generation billionaire has paid over a million RMB (S$200,000) to a matchmaking company in the hopes of finding a 'pure and natural' wife, prompting allegations that he is attempting to buy love.

He says that he is looking to get married to appease his mother and also to settle down now that he's successful with a steady career. After decades of being a workaholic he is hoping to devote more time to family.

He also mentioned that he would be happy to invest in his future wife's career or hometown. 'I just want to make my wife happy and help her realise her dreams; whether she wants to be a full time housewife or have her own career, I will support her.'

The man, surnamed Rong, doesn't believe that what he is doing is an attempt to 'buy love', as online critics have said; he believes the money is just an investment in his future happiness.