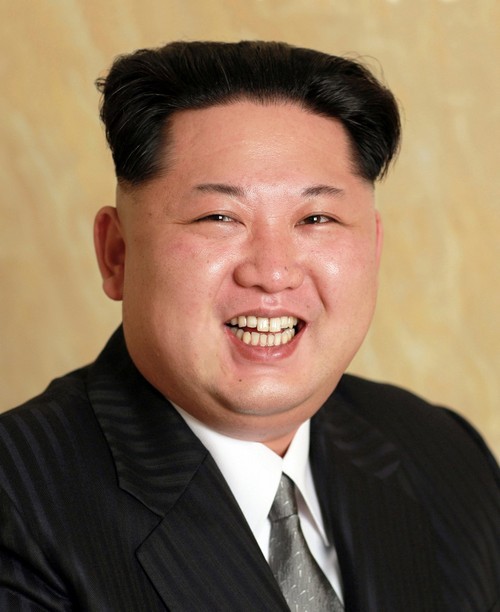 North Korean officials released what appeared to be an unedited photograph of leader Kim Jong Un, which has prompted Internet users to do their own edits, and share the hilarious results.

The young leader is also suffering from insomnia and is paranoid about his personal safety, the National Intelligence Service (NIS) reported to a parliamentary committee behind closed doors.

When he took over from his late father in 2012, Kim's weight was believed to be 90 kilograms.

He bulked up to 120 kilos in 2014 and then 130 kilos this year, a ruling Saenuri Party lawmaker Lee Cheol-Woo told journalists after the NIS briefing for lawmakers.

"(According to NIS), he is suffering from insomnia", Lee added.

"He keeps a close tab on any potential threats to his power, including the military, and he is obsessed with ensuring his personal safety".

"Because of his habitual binge eating and drinking, he is likely to develop adult diseases", Lee said, citing the NIS report.

On top of being grossly overweight, he is often seen with a cigarette in his hand as he inspects plants, construction sites and farms.

"She fell into alcoholism after the execution of her husband but she is now under special care in Pyongyang's suburbs", Lee said.

Jang, once number two in the North, was executed in late 2013 on an array of charges, including treason and corruption.

The couple were seen as instrumental in smoothing Kim's transition to power, before Jang fell from grace.

[[nid:250859]]
SUBSCRIBE TO OUR NEWSLETTER
Your daily good stuff - AsiaOne stories delivered straight to your inbox