BreadTalk hopes to 'win back trust' with new concept 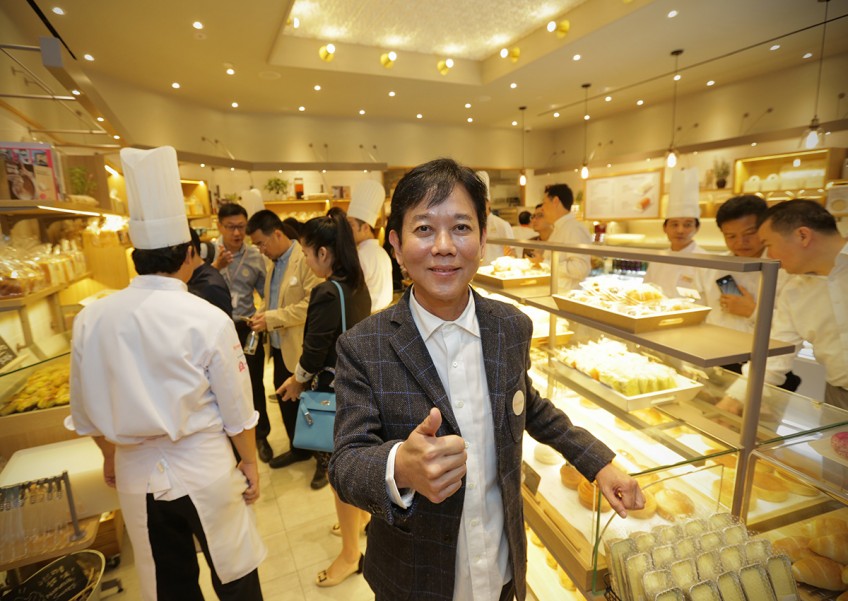 BreadTalk is rolling out a new concept for its stores in Singapore in the wake of a fall in profits and a challenging year for the home-grown bakery chain.

Yesterday, at the launch of its newly renovated store at VivoCity, one of its 46 stores here, BreadTalk founder George Quek said he hoped that the new concept would "regain customers' trust and confidence".

Part of its new concept includes a new digital system to let customers know when a fresh batch of bread is ready so they "can buy their bread at a specific time", he said.

Customers can also register their phone numbers with the stores and get prompted when certain items are ready.

The system, which also alerts bakers when bread items need replenishing, is expected to reduce wastage by 20 per cent. Previously, bakers had a pre-determined schedule as to when to bake new items.

The stores will also undergo a physical overhaul - including a new colour palette, shelves and warm lighting. Fifty new bread and cake items to replace old flavours have been created by the chain's three masterchefs, but signature items such as the pork floss bun will remain. The new items hit all BreadTalk stores yesterday, with the roll-out of the digital system expected to be completed in six months' time. Store renovations will be completed in three years' time.

While BreadTalk did not put a figure on the total cost of the overhaul, it cost about $300,000 to revamp the 700 sq ft outlet at VivoCity. BreadTalk Group's third-quarter net profit had fallen 60 per cent to $1.6 million from the third quarter last year - which Mr Quek attributed in part to incidents like "the soya milk issue". Other factors include slower regional demand and a slowdown in Malaysia as a result of the goods and services tax implementation there this year.

"In two months, we recorded a 5 to 10 per cent loss, across different markets...but after those two months, this brand has slowly won back the trust of customers," said Mr Quek in Mandarin. He added that performance seems to have bounced back this month.

The chain has 723 BreadTalk outlets worldwide, in countries including China, Thailand and Indonesia.

In August, it was reported that the chain's so-called fresh soya drink sold here was actually Yeo's brand soya bean milk repackaged into bottles which had the words "freshly prepared" on them. Irate customers called for a boycott of the chain.

Later that month, BreadTalk came under fire in a China TV programme over claims that its Shenzhen outlet has not changed its doughnut frying oil for years. BreadTalk disputed the claims.

The chain still sells Yeo's brand soya milk at some outlets, but from clearly labelled drink dispensers instead. Mr Quek said BreadTalk is looking into technology to produce its own soya milk and is also in talks with a few other suppliers.