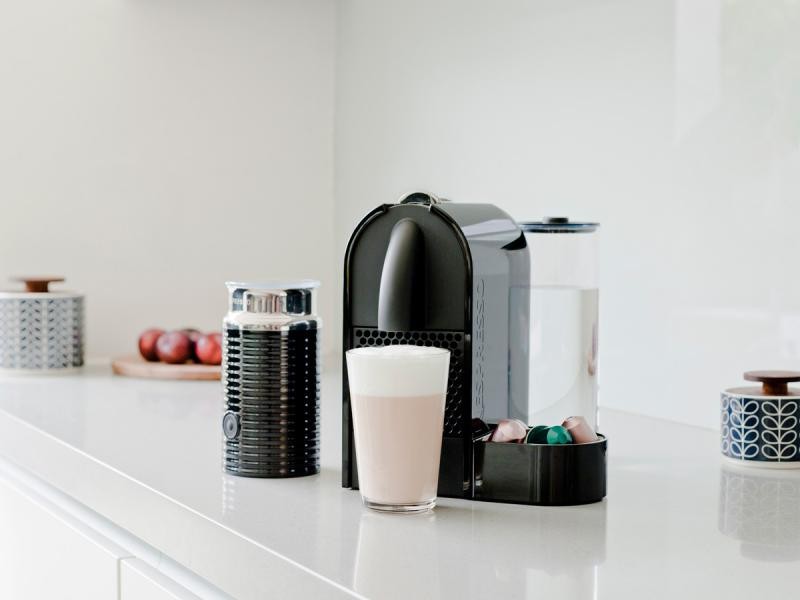 Making a cup of coffee might seem simple but a walk around a major exhibition held here last week shows that a couple of local drinks companies are boiling over with new ideas.

Be it brewing plans to expand into new markets and products, or looking to revolutionise the industry by providing Asia with compostable Nespresso-compatible capsules, that simple cup of coffee is only a sideshow.

Another firm, Ebenezer Coffee, which markets its products under the brands Baristo and Twin Angel, provides both gourmet and traditional Nanyang coffee options.

The local firm, which took part in the Food and Hotel Asia exhibition at the Singapore Expo last week, is also looking to expand into soluble beverage powder products with its 3-in-1 organic soya milk powder.

The company pushed out its range of soya milk powder in different flavours a year ago and is now looking into developing soft serve soya ice cream.

Ebenezer director Paul Kang noted that such diversification has increased its market space.

"Not everybody drinks coffee and soya milk is a type of beverage we can add to our products," he said.

Ebenezer has a business-to-business model, selling its blends and powders to companies that may market the beverages under their own brands.

But it has also started looking into the opening of cafes and selling its sachets to supermarkets, and could offer its products online.

"Opening up a cafe would be a natural progression for us and we have an advantage here because we're more familiar with the supply chain," Mr Kang said.

He noted that as the market for traditional coffee is smaller, with demand mostly limited to Singapore and Malaysia, Ebenezer also supplies gourmet coffee regionally - including to Hong Kong, the Philippines and Cambodia.

Its 3-in-1 coffee and milk tea sachets go to markets such as Russia and the Middle East.

Up to 30 per cent of the company's sales come from overseas.

Coffee capsule filling company IRIS Group, which was incorporated only in August last year, already has a presence in seven Asian markets, from Malaysia to South Korea.

It is "the only company in Asia producing and selling Nespresso-compatible customisable capsules", said operations director Ken Wong.

Managing director Giorgio Vergano said: "The capsule coffee market is expected to grow by 70 per cent in the next five years, with the Asian market alone to expand by 10 per cent year-on-year.

Nespresso machines have the largest share of the market at 60 per cent."

Mr Vergano said capsules are popular among coffee drinkers as they are "clean, convenient and ensure the coffee is fresh".

"We wanted to go in an environmentally sustainable direction. If you put this capsule in the ground, it can decompose in 90 days to become soil," he said.

The retail price of a normal capsule is roughly 80 cents while compostable capsules cost around two cents more.

"We're targeting consumers concerned about the environment, who are ready to spend a little more," said Mr Vergano.

The firm is undaunted by the bleak economic outlook and expects the capsule coffee market to continue growing.

"We're giving coffee drinkers with Nespresso machines a wider variety of beverages to choose from, and at competitive rates," said Mr Wong.

This article was first published on April 18, 2016.
Get a copy of The Straits Times or go to straitstimes.com for more stories.