Brexit adds to the jitters in O&M sector's recovery 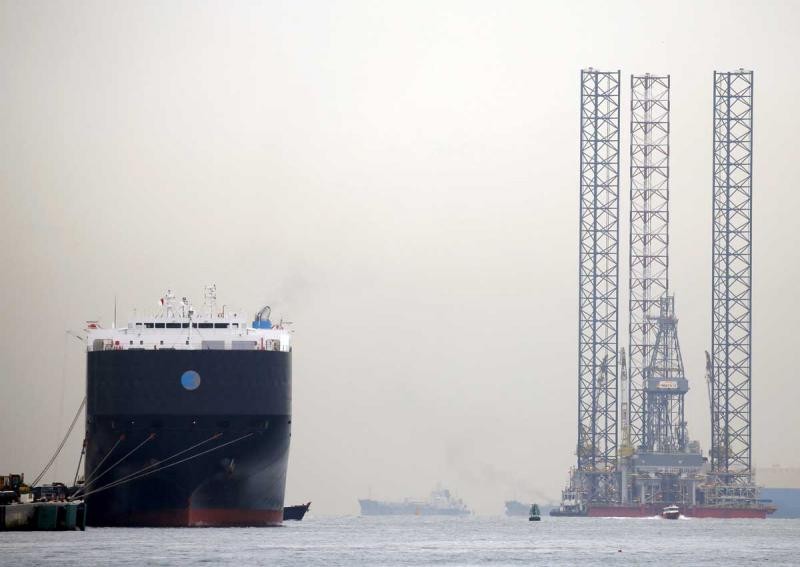 THE stabilising of oil prices at US$40 (S$53.89) to US$50 has offered the first glimmer of hope to the troubled offshore-and-marine (O&M) sector since the second half of 2014.

But although market players have noted increases in the number of enquiries from new oil-and-gas field developments, the industry as a whole is mindful of its vulnerability to refreshed concerns over the health of the larger macroeconomic environment, especially following the "Brexit" vote.

Ezra Holding's managing director Lionel Lee told The Business Times in a recent interview that he has seen increased interest in engineering studies for oil-and-gas projects, and that several new projects have emerged for final investment decisions; most of these enquiries had come as recently as in May, he added.

Separately, a Singapore-listed owner-operator of large offshore support vessels confirmed with The Business Times that enquiries had spiked in May.

However, most industry watchers are still seeking greater assurance of a continued growth in the strength of oil prices following months of volatile market conditions. Just four months ago, oil had plunged to a 12-year low of under US$30 on fears of Iranian crude flooding the market.

More recently, oil slid under US$50 on tremors felt during the vote by the United Kingdom to exit the European Union.

One mid-sized offshore support vessel (OSV) player pointed out to BT: "There were a lot of enquiries (even in the earlier months after the 2014 oil price collapse), but conversion of these enquiries to contracts have remained low."

The general consensus seems to be that the outlook for O&M would improve in the next three to six months, but with a caveat - that contingency planning to hedge oil companies against future shocks would be necessary.

IHS principal researcher Ang Ding Li said: "If oil price remains at around US$50 for a few more quarters, oil companies would be more assured about proceeding with some of their (new)field developments, especially in shallower waters."

He expects the picture to clear up when oil companies fix their E&P (exploration and production) budgets after Q3. But he cautions contractors about oil companies' undertaking more frequent reviews on project budgets and costings amid a volatile oil price environment.

Energy Maritime Associates managing director David Boggs said that it is not helping that US shale activity has responded so quickly to the oil price improvements of late; this will weigh in during assessments of the economic viability of new offshore field developments.

On the other hand, such budgetary revisions have been made possible by cost deflation across the entire O&M value chain. Pareto Securities Pte Ltd chief executive David Palmer noted the tendency of industry players to be more opportunistic in this respect.

"Oil companies are exploring ways to get projects moving again and are engaging suppliers to find ways to lock in the cost savings required to support the new economics for oil-and-gas projects."

BP in May slashed the project budget for its Tangguh Liquefied Natural Gas (LNG) Train 3 expansion in Indonesia's West Papua province by US$2 billion to US$4 billion. The supermajor's move came on the heels of indicative cost reductions from bids received under two major project tenders.

The larger of the two contracts for the engineering, procurement and construction (EPC) of the onshore LNG train attracted a bid lower than BP's estimate by as much as US$1 billion; the tender for an EPCIC (engineering, procurement, construction, installation and commissioning) contract on the project's planned offshore facilities drew an offer US$100 million off the oil company's estimate.

A large component of EPC contracts is fabrication costs, which are likely to bottom out this year or next, said Mr Ang. "Oil companies should start planning now for newfield developments, although they probably still have until early 2018 to lock in capacity and rates."

The IHS researcher also pointed to signs of oil companies looking more seriously into opening up to alternative contractors to lock in cost reductions. For Singapore oilfield-services contractors, this could represent a window of opportunity.

BP for instance, has opened up the EPC tender for the Mad Dog 2 semi-submersible production unit to the two leading yard groups here, Keppel O&M and Sembcorp Marine.

Deep-water projects such as BP Mad Dog 2 will need the oil price to be at least US$55 to be economically viable.

IHS projections advised to BT prior to the Brexit tremors are that oil could range between US$55 and US$60 in 2017/2018, and hit US$80 by 2020. If oil companies work on the oil price assumption guided by IHS, more deep-water oil-and-gas projects could indeed move into early planning stage this year.

Whether for projects in shallow or deep waters, oil companies would still face pressure to optimise costs to safeguard their investment interests under these uncertain market conditions.

Whereas EPC costs may be close to bottoming out, observers are divided on their projections for two key O&M segments - offshore drilling and OSV.

Pareto Securities' Mr Palmer projects that the operating rig count is close to bottoming out and once it starts growing, it should support OSV contracting and utilisation going forward. Operating rig count represents the number of rigs in operations vis-à-vis those that have been idled.

Depending on the markets and the asset types, OSV day rates are trending at just 20-30 per cent of FY14 levels before oil price crash, one chief executive of a Singapore-based OSV player said. The industry veteran noted fleet utilisations for most mid-tier OSV players, similar in scale of operations to Singapore-listed Pacific Radiance, are hovering at above 50 per cent.

Ian Craven of Icarus Consultants agrees that rig day rates may be close to bottoming, but does not expect the offshore drilling market to recover until 2018; even by then, rig day rates will not rebound to pre-crash levels due to over-supply, he said.

Mr Ang of IHS said: "We see a supply glut in the offshore drilling market (from newbuild additions) to drag on rig rates for the next two years, and a further decrease in day rates is possible."

Also hitting the OSV market in the coming years is a large and developing supply of idle tonnage entering the market, said Pareto Securities. How far the excess OSV tonnage may swing day rates within this asset class will be fully felt only when these vessels are actively being marketed for work.

Mr Ang said: "In general, E&P spend next year (measured based on work performed and executed instead of contracted or awarded) will be slightly higher than 2016."

But he warned that spending trends will vary across the different segments of the value chain, with part of the expected increase resulting from cost inflation returning."

This article was first published on July 5, 2016.
Get The Business Times for more stories.