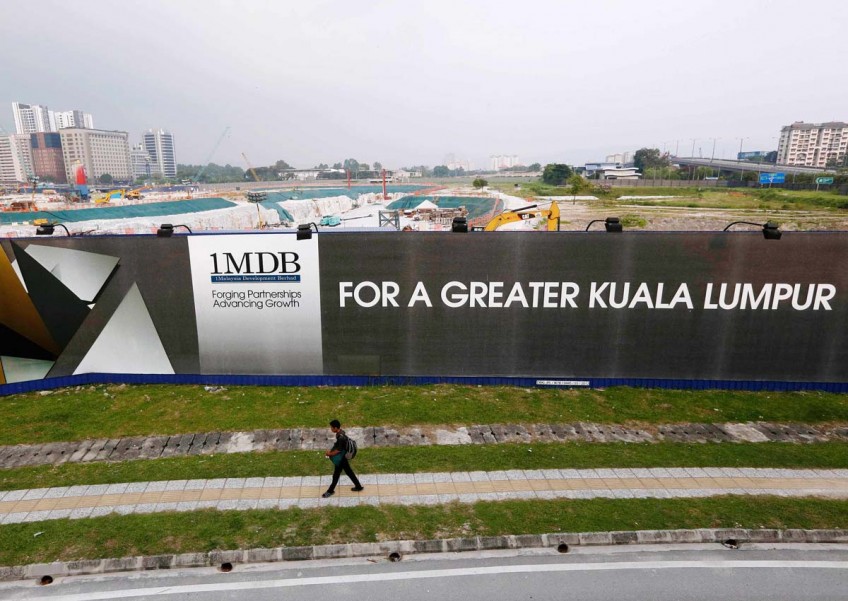 The sovereign wealth fund, founded by Najib, is at the centre of civil lawsuits filed by the U.S. Department of Justice that allege more than US$3.5 billion (S$4.9 billion) was misappropriated from 1MDB. The fund is also being investigated in Switzerland and Singapore.

Najib's premiership was rocked by a series of reports by the Wall Street Journal since mid-2015 tracing how over US$1 billion of 1MDB funds were transferred into his personal bank accounts.

Najib, who had chaired 1MDB's advisory board until it was dissolved in May last year, has denied all allegations of corruption, saying that he has never received any funds from a state agency or fund for his own benefit.

The government has said that most of the funds transferred to the prime minister's bank account had been gifted by a member of the Saudi royal family, and had subsequently been returned.

Encouraged by the inability of the country's fractured opposition to capitalise more strongly, Najib is expected to call an early general election this year as he seeks to put the scandal to rest.

In a written reply to parliament dated March 29, Najib said 1MDB has settled its borrowings in full with four lenders between 2015 and 2016. These included credit and loan facilities from Affin Bank, Marstan Investments N.V., EXIM Bank and the Malaysian government. "Currently, 1MDB does not have any bank loans or short term debts," he said.

Najib said 1MDB raised 10.97 billion ringgit in cash over the same period through the sale of Edra Global Energy Bhd, the sale of an equity stake in Bandar Malaysia Sdn Bhd and the sale of a plot of land in the Tun Razak Exchange in the capital city of Kuala Lumpur. "As the 1MDB Rationalisation Plan is underway, no new assets be it domestic or overseas were acquired between 2015 and 2016,"the prime minister said.