4 things you shouldn't do, even if it saves you money 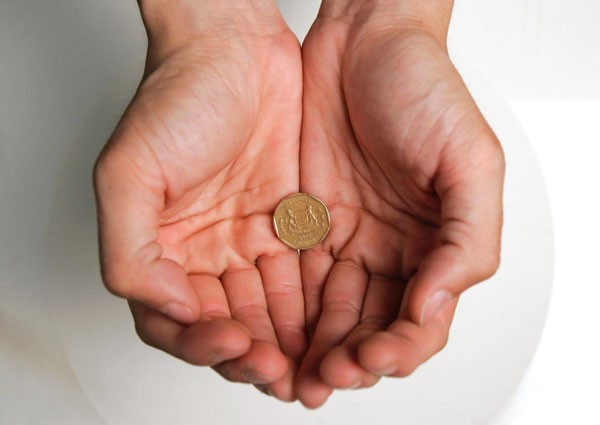 A posed picture of a hand holding a coin.
The Straits Times

Some of the things I've done to save money have included cutting my own hair using YouTube tutorials as a guide, carrying beer cans around in my bag and buying school uniform shirts for $10 on Amazon to wear to corporate jobs.

But there are some things nobody should ever do, not even in the name of saving money, such as the following.

Sleeping on a crappy mattress

In the grand scheme of things, it doesn't really matter if the decor of your room looks about as attractive as a kidnapper's basement, or hasn't changed since you were twelve.

But the one thing you should spend money on is a good mattress.

You don't need to spend thousands on the best mattress that money can buy.

But when your existing one gets old and threadbare, not changing it could wreck your sleep completely, give you chronic aches and pains and indirectly lead to more stress-and that's one thing we don't need more of.

Mattresses should be replaced at least every 10 years.

There are probably a lot of Singaporeans sleeping on old mattresses, since locals generally don't rent, preferring to remain in the same house for 20+-30++ years until marriage, after which they purchase a home they're likely to live in for decades.

That doesn't offer a lot of impetus to buy a new mattress very often, unless you're cognisant of the need to do so.

Not maintaining your vehicle

You know how there are some people who will starve themselves so they can buy designer handbags?

Well, paying through your nose for a vehicle and then trying to scrimp and save by not getting it serviced and maintained is pretty much the same thing.

Not maintaining your vehicle puts you at risk of accidents. Old tyres skid more easily, especially during monsoon season when it's constantly raining.

And we don't even need to talk about why your brakes need to be changed from time to time.

What's more, not going for regular oil changes and getting your engine serviced every now and then can result in your wrecking your engine entirely-which will end up costing you more money in the long run.

Parents of young kids no doubt already know how hard it is to have two seconds to yourself.

This doesn't just apply to dual income households in which both parents have full-time jobs and rely on in-laws or childcare centres to take care of their kids.

Stay-at-home mothers and fathers also have a tough time.

As they're not working and their kids are unlikely to be in childcare, they can end up having to watch the children 24/7 while trying to get housework done at the same time.

These people often don't get a single day off from their childrearing duties if they don't have a maid.

But taking a day or two off every now and then-even if it means paying an ad-hoc babysitter or hiring a nanny-is necessary for your mental health. Catch up with friends, exercise, go to the cinema, go on a date with your spouse or whatever.

The R&R will make you a less stressed out and more patient parent.

If your maid is the one who's doing most of the child-minding on your behalf, have a heart and let her take her days off.

It's compulsory to give live-in maids at least one day off a week, but beyond that it's also humane to give her an extra break now and then.

In an ideal world, we'd all be making delicious, nutritious meals in our kitchens every day, whistling while we worked.

In reality, Singaporeans eat out an awful lot because nobody has the time to (learn to) cook because, work.

For those who have the cash to wine and dine at nice restaurants every day, good for you.

But for the rest of us, this often translates to eating hawker food every damn day-which might have something to do with the fact that the diabetes rate is soaring.

If you're eating hawker food every single day, don't think you're in good health just because you always order the fish soup or yong tau foo-the soups are often laden with salt.

Learn to cook or spend a bit more to replace some of your meals with salads or something more nutritious.

The former will actually save you money in the long run.