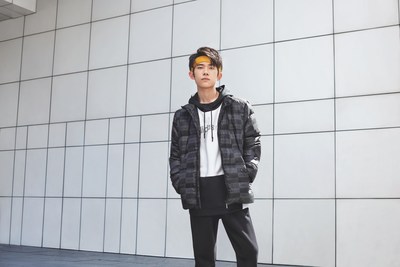 adidas neo's announcement that Jackson Yi will serve as its first International Youth Creative Ambassador was made on the day before the singer's birthday - 27th November. Jackson Yi's first assignment for his new job was Jackson Yi Gift Box. The special gift boxes were awarded to 1128 lucky winners of a drawing held on the adidas neo online store. The number 1128 is a reference to Jackson Yi's birth date - 28th November. adidas neo also unleashed a hot new topic on Weibo - #1 of 1128 Jackson Yi Gift Boxes# - which quickly went viral. The 1128 lucky recipients posted photos taken together with their own Jackson Yi Gift Boxes. The photos were then combined as a one-of-a-kind Jackson Yi's poster, allowing fans to become a core part of the campaign. The poster was not only released online but also was printed, where lucky buyers had the chance to win in adidas neo stores.

As a popular idol, Jackson Yi is the perfect candidate to promote the adidas neo brand message of Living Restless. A large portion of adidas neo's target audience also happen to be big fans of the singer. This marketing campaign was specifically targeted at these fans. Making use of Jackson Yi's celebrity status, the campaign brought adidas neo closer together with its fans by giving them a chance to interact with their idol, while also inviting them to play a key role in its brand messaging by using the power of the fan economy to combine online and offline marketing. The #1 of 1128 Jackson Yi Gift Boxes# topic succeeded in attracting over 1600W+ reads and generating over 1200W+ interactions on Weibo, ranking NO. 3 among the hottest Weibo topics. Also, by guiding consumers to online and offline stores, adidas neo succeeded in harnessing the power of its passionate fan base to strengthen sales.