Mitsubishi also said it would cut its full-year earnings forecast because of the Petro-Diamond losses and lower coal prices.

SINGAPORE/TOKYO - About three years ago, Japanese oil trading firm Petro-Diamond Singapore (PDS) relocated to a bigger office in the 41-storey Millenia Tower as parent Mitsubishi Corp started combining its Tokyo trade operation with that in the city state.

As its traders entertained clients in the company's pantry facing Singapore's Marina Bay, the once-conservative PDS became the global book leader for the company's crude oil and fuel trading businesses last year, tripling its profits and assets from two years ago, according to Reuters interviews with company officials, trade sources and reviews of its financial records.

Like other trading companies, PDS had eyed a slice of the fast-growing Chinese crude import market, hiring for the first time a Chinese trader in November 2018 to handle crude sales to independent refiners, known as teapots, the sources said.

But in September, Mitsubishi said a PDS trader had lost US$320 million (S$435 million) in unauthorised transactions in crude oil derivatives and that the matter had been reported to the police. The trader, Wang Xingchen, also known as Jack Wang, denied any wrongdoing in a statement issued through a lawyer.

"It took 30 years to achieve this and it's all been ruined," a company official said. The sources spoke on condition of anonymity as the case was still under investigation.

Over the past year, PDS had become more active on the Singapore trading platform used by S&P Global Platts to assess Middle East crude oil prices and was participating in more tenders, said a Singapore trader who tracks such trades closely. 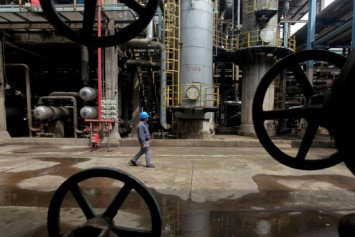 Its assets tripled in the same period to US$1.58 billion and net cash flow from operating activities became positive at US$16.4 million versus losses in the previous two years, the report said. The company was registered in Singapore on May 6, 1989.

The case has raised questions about why PDS had allowed a new trader to take big positions, industry sources said.

"It was just really bad timing. PDS had lobbied the Mitsubishi management very hard to move its trading centre from Tokyo to Singapore. And only one year later this happened," said a source close to the matter.

Mitsubishi has since tightened its risk controls, requiring almost every trade to be reported to Tokyo, which has slowed PDS's activities, a second source familiar with the matter said.

Despite PDS' shutdown, traders expect Mitsubishi to return to the Singapore oil markets once the case has blown over, mirroring what happened to Japan's second-biggest trading house, Mitsui & Co, more than a decade ago.

Mitsui had shut Mitsui Oil Asia after the Singapore office notched US$81 million of losses in naphtha trading by Nov. 17, 2006. In 2009, Mitsui oil trader Noriyuki Yamazaki was sentenced to five years in prison in Singapore for concealing the trades.