SEOUL, South Korea, Dec. 30, 2017 /PRNewswire/ -- Odd Concepts, a member company of the K-ICT Born2Global Centre, supplies an AI-based image search application program interface (API) through a cloud service. First, it allows the user to choose clothes that match his or her tastes, and then automatically employs the image search engine DeepLook (independently developed by Odd Concepts) to search for similar types of clothing and displays the results. The service is capable of finding not only images of the clothing worn by the model based on features such as shape, color, or pattern but even clothes that are hanging in a store. 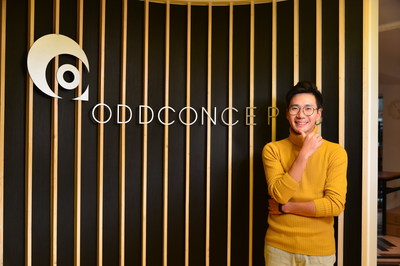 Odd Concepts conducts its business by supplying APIs to fashion e-commerce sites. It decided to do this after realizing that it would be easier to become competitive by supplying optimized solutions that satisfy the needs of actual users rather than focusing on more visible projects.

In fact, Odd Concepts does not invest in technologies such as optical character recognition (OCR) or facial recognition. Instead, the company has opted to focus on areas that best highlight its strengths, such as image and video search, as is evident in its choice of fashion as its core business area.

Odd Concepts CEO Kim Jeongtae said, "My idea for this business came from the fact that while other e-commerce companies are using various types of search techniques, the fashion industry was still depending on a very primitive form of search. With our commercialization of an AI-based search function, shoppers can now find not only clothing of similar styles but also the prices at which such clothing is sold on other sites, thus naturally allowing for easy price comparison."

1,500-fold increase in API calls in 10 months, leading to growing interest from Japan

Although it has been less than one year since the February launch of Odd Concepts' DeepLook service, the company has achieved the unprecedented record of 150 million API calls a month, having begun at only around 100,000 API calls in its first month in operation. This represents a 1,500-fold increase in just 10 months, during which time the service's number of monthly users has risen to four million.

An even more significant accomplishment is that of its total API calls, 15 to 20 percent now come from Japanese e-commerce sites. Kim said, "We chose Japan as our first market because, unlike other East Asian countries, it has a unique, closed-off fashion ecosystem. After three months of knocking on doors, traffic increased by over 70-fold in six months, which eventually enabled us to secure an investment from a Japanese venture capital firm."

Odd Concepts will continue targeting foreign markets by securing sales channels and establishing strategic partnerships with the aim of engaging in marketing collaborations. It intends to increase its search accuracy through AI sophistication, achieved via machine learning, and pioneer markets by engaging in collaborations with local companies.

Kim said, "Based on the DeepLook engine currently in operation, we are planning an additional search engine that is focused on content." He then went on to explain that the company will continue seeking investment from global investment companies and plans to apply the data it has gained through DeepLook to various types of content, thereby expanding the scope of its business.

For more detailed information on the Odd Concepts, visit https://oddconcepts.kr/index.html