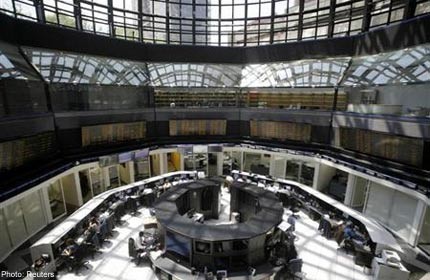 PARIS - The bid by Mexican telecom operator America Movil for Dutch KPN could signal the start of consolidation in the highly fragmented and competitive European market, analysts and insiders say.

The 10.2 billion euros ($13.6 billion) hostile offer by America Movil, owned by tycoon Carlos Slim, for the 70 per cent in doesn't already own, is the first by a foreign rival for a former state-owned European operator.

This leaves other European telecoms, smaller and less profitable than foreign rivals, looking nervously over their shoulders that they could be the next target or that the sector could finally begin consolidate.

The head of Orange, Stephane Richard, said last month doesn't believe the sector is on the cusp of a consolidation as European governments "still have stakes in the big operators and would put up roadblocks to hostile offers."

Others see an inevitable movement towards consolidation in Europe which has more than a hundred telecoms operators, and as the states gradually reduce their role.

The Dutch government sold its last shares in KPN in 2006.

"In the United States, there a three major operators for the entire country. In Europe there are many more and four just in France," said Guillaume Garabedian, an analyst at Meeschaert Gestion Privee asset management company.

The current situation is not favourable for European operators as the high fragmentation and competition in the market has crimped earnings, with the share prices and market valuations also sliding.

"Overall in Europe the valuations are fairly weak. There is the feeling it's impossible to exploit data in Europe while in the United States and Latin

American they operators have succeeded in doing so and stabilised their" average revenue per user, said Oddo Securities analyst Alexandre Iatrides.

Data gained on clients use of the Internet has helped US and Latin American operators sell more services.

"There is obviously a need for consolidation in Europe," said the chief of one European operator.

Europe had "gone too far in competition with infrastructure" that has seen operators forced to make huge investments, he added.

Reaction of European Commission is 'the big question'

But if the big European operators are favourable to a consolidation, they must also take into account the view of the European Commission.

"The big question is to know whether the European authorities want three or four operators per country. For the moment, it's four," said Iatrides.

And while the European Commission has repeatedly said it favours the creation of a single telecoms market in the 28-nation bloc, it seems to put the interests of consumers above all.

He noted that the three big European operators together have a smaller market capitalisation than AT&T, the biggest US telecom.

"In such conditions, don't be surprised to see Carlos Slim buying up KPN or large American operators look at making cheap acquisitions in Europe," added Richard.

Iatrides at Oddo Securities said "the regulatory aspect has really strained growth in Europe in the past 10 years."

But he believes that Slim, and perhaps others, are betting that the challenges and opportunities with rolling out fibre-optic and fourth-generation mobile networks will change that.

But foreign players entering the strictly regulated European market could also face transition difficulties."If America Movil actually takes control of KPN, it will be interesting to see how they will adapt to this new environment," an executive at another European operator quipped.