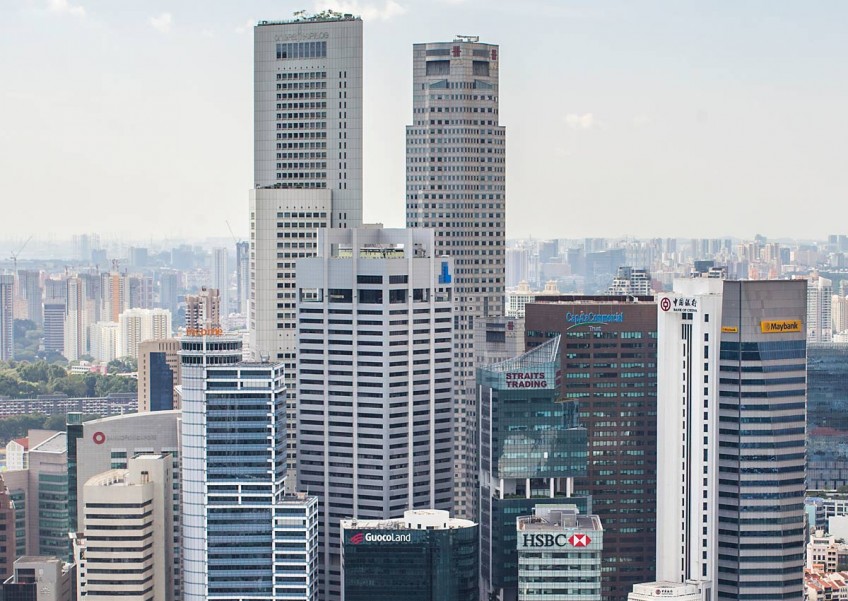 In an age dominated by the "D" word, such as digitalisation and disruption, brick-and-mortar businesses seem almost quaint.

Yet these businesses tend to have cash flows, and investing in them can be magical with another "D" - dividends.

This week, we touch on one of the oldest debates in investing and corporate finance: Are dividends good?

At first glance, why not?

Dividends refer to the share of profits that business owners receive as cash.

If you don't want to get your hands dirty setting up a business, you can still get dividends by investing in the stock market.

It is not easy to evaluate a good company to invest in, but whether you've spent time thinking about it or not, the investing process itself can be astonishingly quick.

With a brokerage account linked to a bank account, you can just go online, enter the stock you want to buy, and pay the asking price of the market.

At the appropriate time every year, you then get some dividends directly credited to your bank.

The money just shows up.

You didn't have to lift a finger for it.

Nameless, faceless employees at a sprawling enterprise slogged hard on your behalf.

They could be humble cashiers behind a McDonald's counter.

They could be someone like the late Steve Jobs, whose brilliance powered the development of the iPhone.

Dividends are a wondrous capitalist invention for workers, most of whom will never be a boss in their lives.

Hold enough stocks and bonds, and you are free to stop working if the income you get from your investments can pay for your living expenses.

Dividends can thus be an important source of income for retirees.

At every annual general meeting (AGM), there will always be that one "uncle" standing up and asking the chairman to please increase his dividend payouts, thank you very much.

The emphasis on dividends has thus made real estate investment trusts, which distribute the bulk of their rental income back to unitholders, very popular.

Dividends, they never tire of saying, contribute a significant portion of a stock's total return over time.

But theorists have long wondered if dividends matter to a company's value.

A corporate finance theorem developed by 20th-century US economists Franco Modigliani and Merton Miller stated that in a perfect world with no taxes or transaction costs, and where investors borrow or lend at the same rate, the value of a firm is not affected by its dividend policy.

Others suggested that dividends do have benefits that will improve firm value.

One powerful idea is that once profits are in the bank, investors prefer them back in the form of dividends.

They don't like the company using those profits to invest in future projects, which could generate a larger return.

This is known as the "bird in the hand" theory.

Dividends in the hand are cold, hard cash and completely riskless.

Investing a company's profits will always carry the possibility that managers will miscalculate.

Because dividend-paying companies are perceived as less risky, they can raise funds at a lower cost.

Having a lower cost of equity theoretically increases a company's share price.

A second argument for dividends is its signalling effect.

Conversely, cutting a dividend or, worse, cancelling one hints at trouble on the way.

Some companies take pride in increasing their annual dividend every year.

US discount store and supermarket chain Walmart is one such example.

By contrast, not paying a dividend despite having a cash hoard can make investors suspicious.

Certain Chinese companies listed here come to mind. Investors have long grumbled about some of them not being able to offer even a token payout.

And as a result, investors say, valuations remain low.

Managements have offered various explanations, or excuses, depending on your perspective.

Some companies with a founder-executive chairman owning a large number of shares, for example, have said that the chairman does not like the idea of his money being taxed upon withdrawal.

Some also said that their banks don't like the idea.

Why lend money to a company if all the company does is use the cash to pay a dividend to its owners?

Dividends can be fantastic for shareholders, but do nothing for a company's debtholders.

So dividends aren't all good.

An excessive focus on dividends can even be unproductive.

After all, we buy shares for total returns, which include dividends as well as capital gains.

A company that pays most of its profits as dividends is considered a mature company which cannot grow much any more.

As Fidelity legend Peter Lynch once said in his book, One Up on Wall Street, a sure sign of a slow-growing company is how it pays a generous and regular dividend.

"Corporate managers would much prefer to expand the business, an effort that always enhances their prestige, than to pay a dividend, an effort that is mechanical and requires no imagination," Mr Lynch wrote.

It doesn't mean that these dividend payers are doing the wrong thing. Sometimes, that's the best use of the company's money.

But shareholders cannot expect much from these companies, he said.

"If growth in earnings is what enriches a company, then what's the sense of wasting time on sluggards?"

By contrast, the biggest gains can be made in small, fast-growing companies which do not have the luxury of paying their shareholders significant proportions of their profits every year, he said.

Yet this school of thinking has been critiqued by Benjamin Graham and David Dodd, investors living in earlier times considered to be the fathers of value investing.

In their seminal work Security Analysis, they wrote that the policy of withholding dividends for the sake of future growth is questionable.

When a management withholds and reinvests profits, thus building up an accumulated surplus, it claims confidently to be acting for the best interests of the shareholders, they said.

But in words that will resonate among Singapore's dividend-chasing retirees, they wrote:

"The typical investor would most certainly prefer to have his dividend today and let tomorrow take care of itself.

"No instances are on record in which the withholding of dividends for the sake of future profits has been hailed with such enthusiasm as to advance the price of the stock."

Given two identical companies with similar earning potential, the one paying a larger dividend will always sell for more, he argued.

Mr Graham and Mr Dodd, ever conservative, highlighted a major flaw of giving companies too much power.

Just ask shareholders of big international banks which over-expanded before the global financial crisis and had to be bailed out by the state after.

A famous example of a corporate disaster is the merger of media giants America Online (AOL) and Time Warner at the height of the dotcom bubble in 2000.

For the 2002 financial year, the combined group reported a staggering net loss of almost US$100 billion, mostly due to writing down the value of AOL.

Mr Graham and Mr Dodd strongly argued for a dividend policy as a check and balance on the powers behind a corporation.

Boards of directors typically consist of executive officers and their friends, he said.

"The officers are naturally desirous of retaining as much cash as possible in the treasury, in order to simplify their financial problems; they are also inclined to expand the business persistently for the sake of personal aggrandisement and to secure higher salaries."

Boards are already too powerful.

Large, dominant stockholders who are already receiving large salaries, don't like the taxes that dividends will attract.

"In such cases they are perfectly willing to leave their share of the earnings in the corporate treasury, since the latter is under their control and since by so doing they retain control over the earnings accruing to the other stockholders as well," the authors said.

As to how much companies should retain as earnings, they later said they were against companies that retain 70 per cent and only pay out 30 per cent as dividends, compared to the other way round.

Mr Lynch, who dismisses heavy dividend payers as slow-growing firms, or Mr Graham and Mr Dodd, who avidly prefer birds in the hand?

The answer depends more on the kind of industries which dividend-paying companies operate in, and the kinds of cash flows they have.

In a slow-growth environment like what we are going through now, dominant companies in defensive consumer businesses can do very well.

They don't really need to borrow, except to fine-tune their corporate structure.

They have tremendous cash flows from which they can pay ample amounts of dividends every year - Unilever and Nestle come to mind - and investors are willing to pay multiples of 20 times or more for their consistent earnings growth.

In this scenario, high dividend payers might be highly valued, especially when interest rates are low.

Given the defensive nature of their businesses, it pays for an investor to be exposed to them.

By contrast, one might look more askance at high dividend payers in cyclical industries such as oil and gas services.

Investors once looked up to local property and oil-rig conglomerate Keppel Corporation as a dividend-paying machine.

Look up its dividend history online and you can see a track record of mostly increasing payouts all the way since 1989.

However, the oil price crash put paid to notions that Keppel is a dividend stock.

Payouts in absolute terms have more than halved from the heady high oil price days of 2011-2014.

Keppel's customers were not able to pay it back for the rigs they have commissioned.

Cash was supposed to come in upon delivery. But deliveries had to be delayed or cancelled. So cash flows dropped.

As future cash flows looked shaky, the company can no longer afford to pay as much dividends as before.

Nevertheless, Keppel investors who have stuck with the company through thick and thin would have little to complain about.

Over the past 20 years, where the company has seen a couple of cycles, Keppel has paid easily S$6 per share of dividends.

Should one have argued for Keppel's managers to do what insurance companies do, and "smooth" out the dividends?

This means, retaining profits in good times so that shareholders have a smoothly increasing dividend payment in bad times, that the company can then brag about?

Generally speaking, from the perspective of a shareholder, dividends are a good idea, provided the company pays them out of reasonably strong cash flows.

For the regular man on the street, dividends provide a welcome flow of income.

For the company, the act of paying dividends arguably encourages a long-term horizon for managers, and prudence in investing.

By contrast, so what if a company retains all its earnings for the sake of growth and becomes a multi-bagger within a few years, but fails spectacularly after?

Or worse, it tries another method of rewarding shareholders, repurchasing its shares while prices are sky-high, but miscalculates?

The business world is uncertain.

A new, deadly competitor could enter the industry.

The environment could change permanently.

Executives can get overconfident.

Fraud can occur if executives are under pressure to deliver.

Your multi-bagger can still end up as a penny stock if you weren't smart enough to sell it when it was overvalued.

But if you have some dividends from all those years, you wouldn't have lost everything.

So keep it up, AGM "I want-more-dividends" uncle!

You are doing just fine.

This article was first published on March 27, 2017.
Get The Business Times for more stories.