Artmarket.com: at just 34, Avery Singer has already reached $4 million at auction. Artprice looks at the reasons and the risks.

PARIS, June 29, 2021 /PRNewswire/ -- The international enthusiasm surrounding Avery Singer's work has less to do with a 'rarity factor' and more to do with the sustained pace with which her market – both primary and secondary – has been promoted over the last three years. Exhibitions in highly prestigious galleries (Kraupa-Tuskany Zeidler, Gavin Brown, Hauser & Wirth) and regular auction results have raised the pressure on her market inflating the prices of this young American painter's work to sensational levels in Hong Kong (in May 2021) then in New York (in June). 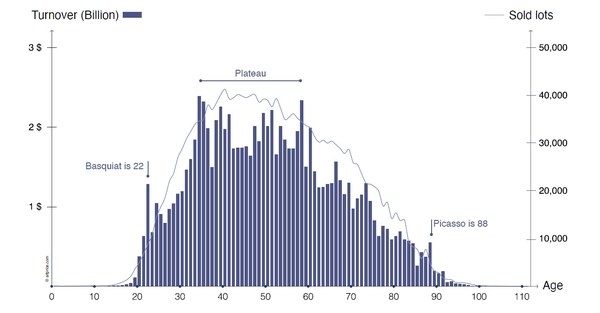 According to thierry Ehrmann, President and Founder of Artmarket.com and its Artprice department, "Avery Singer represents a paradigm shift that is to the art world what negative interest rates are to financial markets"

In just a few years, the new stars of Contemporary Art can become far more expensive than the grand Old Masters. Neither the rarity of a work nor the place of an artist in Art History seems to be as important today as the sensation of novelty and the enthusiasm it arouses".

On 21 May 2021, Avery Singer's career entered a very different ballpark when her Dancers Around An Effigy To Modernism (2013) sold for over $3 million at Christie's in Hong Kong. A month later, on 23 June, her Untitled (2018) sold for $4.1 million (including fees) at Phillips in New York.

That's the second-best auction result of all time for an artist under 35. The absolute record still belongs to Raqib Shaw, for his Garden of Earthly Delights III (2003) which fetched $5.5 million at Sotheby's London in October 2007 when Shaw was just 33. However, Shaw's work has never since reached that kind of level at auction.

The fateful age of 35

When Amedeo Modigliani died he was 35 years old, an age when artists are often just reaching their first artistic maturity. His "youthful" masterpieces are now worth several million dollars, but it took many years after his death in 1920 for that to happen.

At 35, Avery Singer has already had important solo exhibitions, notably at the Stedelijk Museum in Amsterdam in 2016 and at the Ludwig Museum in Cologne in 2019. But the 7-digit results recorded for canvases she painted when she was 26 (in 2013) seem extremely 'premature'.

Consecrated by the finest European museums and supported by Anglo-Saxon mega-galleries, Avery Singer is turning the heads of great collectors, both Western and Asian. And – profiting from a globalized art market that seems increasingly thirsty for novelties – the major auction houses are raising the prices of her works to perilous heights.

See certified biography in Who's who ©:
https://imgpublic.artprice.com/img/wp/sites/11/2021/06/Biographie_nov2020_WhosWho_thierryEhrmann.pdf

Index of press releases posted by Artmarket with its Artprice department:
serveur.serveur.com/press_release/pressreleaseen.htm