Asia on a firmer footing after Brexit rout 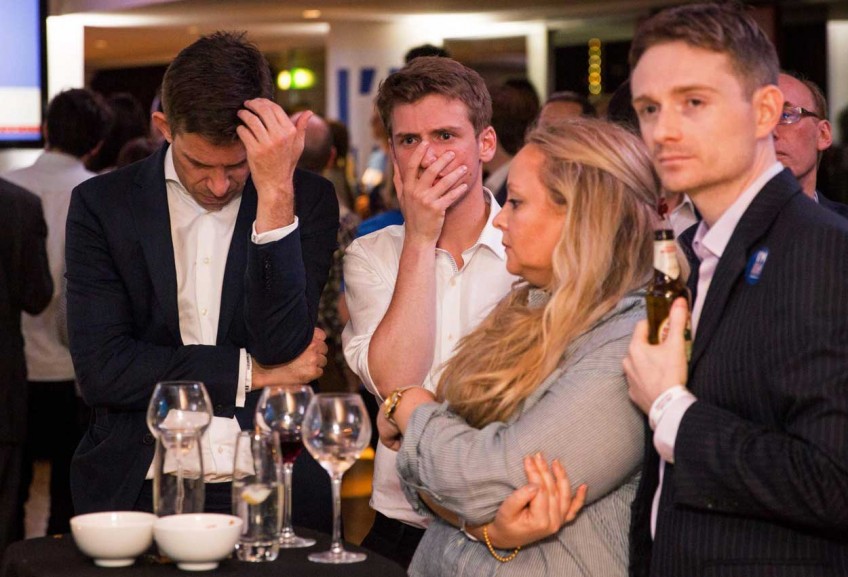 Supporters of the 'Stronger In' Campaign react as results of the EU referendum are announced at a results party at the Royal Festival Hall in London on June 23, 2016.
AFP

RELATIVE calm returned to the Asian markets yesterday as investors recovered somewhat from the panic that hit them last Friday when the Brexit shock hit.

There was still a flight of capital to safe assets and the British pound continued to be dumped but, for now, the feared stock-market crash is not unfolding.

After a weak start, the index actually staged a slow recovery to as high as 2,748 through the day before the gain was offset by some late profit-taking. About $1.06 billion worth of shares were traded.

Markets elsewhere were mixed but by no means bearish. Tokyo, which on Friday had its worst one-day loss since 2011, rebounded 2.39 per cent. Shanghai was also up, rising 1.45 per cent, while Hong Kong dropped 0.16 per cent.

Some clear assessment of the markets is in order, analysts noted, but the way ahead is still fraught with uncertainties.

"We have just gone through the peak of volatility and now markets need to calm down and assess the risks or opportunities that will flow from this historic decision. In the near term, we will probably see rising demand for safety assets and strong United States dollar," CMC Markets analyst Margaret Yang said.

Gold rose by over 1 per cent to around US$1,330 an ounce while sterling continued to plunge, dropping over 3 per cent to hit 1.32 against the US dollar.

KGI Fraser Securities trading strategist Nicholas Teo said the news of a petition for a new referendum to reverse Brexit could offer the markets a "dead-cat bounce". But he fears that Brexit could be just the trigger for a long series of crisis events, just as how Thailand's decision to allow the baht to float led to the Asian financial crisis.

"How they are all very much alike is the presence of a trigger event that snowballed eventually into something much bigger some time down the road," Mr Teo warned.

In the meantime, 17 of the 30 STI component stocks ended in the red yesterday and 10 closed higher.

In terms of tangible impact, however, the banking sector will be relatively unscathed in the Brexit fallout, CIMB said in a post-Brexit note.

The trio have only minimal exposure to European bank investment securities, CIMB analysts noted, adding that the Singapore Exchange could instead benefit from London's potential loss of status as a global financial centre.