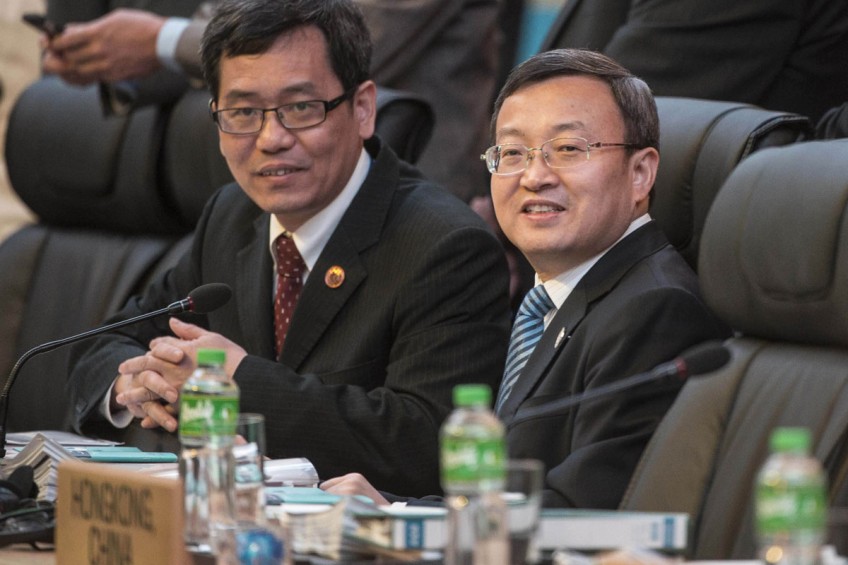 Setting up an Asia-Pacific free trade area has become a new top priority on the agenda for the APEC Economic Leaders' Meeting, according to a senior Chinese government official.

Vice-Minister of Commerce Wang Shouwen, speaking at the APEC meeting in Manila, said China is willing to work with all parties to complete a collective strategic study on the agreement by the end of next year.

Wang said "inclusiveness" means taking the differences of each member economy into consideration, in terms of the level of development, culture and history, economic governance structure, and the openness of trade.

"Comprehensive" means the free trade agreement will include trade in goods and services, as well as trade investment liberalization.

To frame the agreement, APEC has set up a working group, with chairmen from China and the United States.

This group is undertaking a collective strategic study of setting up the agreement, focusing on the opportunities and challenges the free trade area may face and the influence it could have on each member economy.

The group is also looking at problems in regional trade and investment liberalization, as well as differences between the APEC free trade area and other such agreements in the region.

Results of the collective strategic research will submitted to the next APEC meeting along with suggestions for decision-makers.

Wang said China had made many contributions to the strategic study.

"We established a special fund for the agreement, which can be used to train young talent. We also held two forums about building the agreement, at which discussions took place on various issues of the free trade area development, with some agreements reached."

He said setting up the free trade agreement is a collective expectation in the region. Countries like Australia and South Korea have also made significant contributions.

"The liberalization of trade and investment will promote the value chain within the region and around the world, is good for social economic development and good for realizing the United Nations' 2030 Agenda for Sustainable Development," he added.