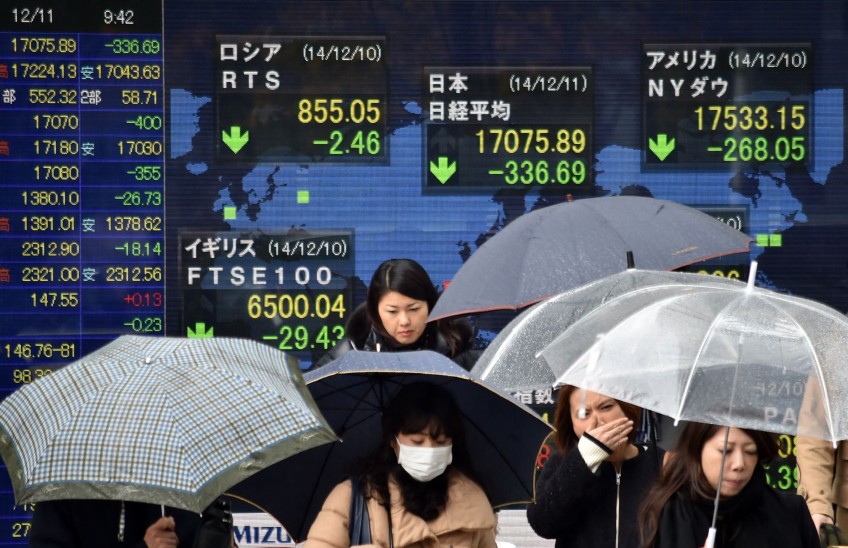 Markets in mainland China, Japan, Taiwan, New Zealand, the Philippines, and Thailand were closed for holidays.

Volumes were low as traders began returning after the New Year break, with less than half the average quantity of shares changing hands in Sydney, Seoul, Hong Kong and Singapore, according to data compiled by Bloomberg.

"We are expecting a volatile ride to play out this year."

On forex markets the dollar extended gains ahead of the release of American factory data and following a steady stream of good news from the world's biggest economy.

The euro meanwhile slipped amid growing expectations that the European Central Bank, which meets on January 22, will start buying sovereign bonds. The single currency bought $1.2058 compared to $1.2160 in pre-holiday trade.

Wall Street toasted a banner year in 2014, with US equity markets finishing near all-time highs.

Oil prices were up on Friday, with US benchmark West Texas Intermediate for February delivery rising 80 cents to $54.07 and Brent crude for February gaining 71 cents to $58.04 in mid-morning trade.

"The gains in Asian trading are likely because of the positive US crude stockpiles data released on Wednesday," Daniel Ang, investment analyst at Phillip Futures in Singapore, told AFP.

US crude reserves fell by 1.8 million barrels in the week to December 26, the US Energy Information Administration said in its last petroleum report for 2014 released on Wednesday, boosting prices that lost nearly half their value in the second half of the year.