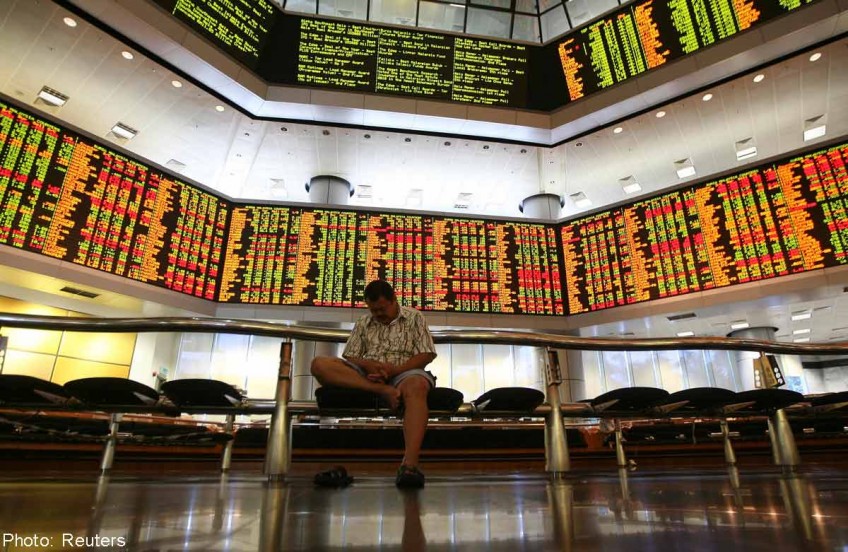 HONG KONG, March 17, 2014 (AFP) - Asian markets were mixed Monday on renewed concerns over Ukraine after Crimea voted to break away from the former Soviet republic and join Russia, leading the West to warn of further sanctions against Moscow.

Investors remain cautious following a sell-off last week fuelled by weak Chinese data, while eyes are on the Federal Reserve's policy meeting on Tuesday and Wednesday to see if it will announce any more stimulus cuts.

Crimea voted overwhelmingly Sunday to join Russia, further fuelling tensions in the worst crisis between Moscow and the West since the Cold War.

While people in the predominantly Russian-speaking peninsula celebrated the result of the poll, Ukraine's new pro-European leaders and the West branded it "illegal".

The vote was organised after Russian forces seized de facto control of the region and pro-Moscow authorities took power in response to the ouster of Ukraine's pro-Kremlin leader Viktor Yanukovych in February.

US President Barack Obama told his Russian counterpart Vladimir Putin in a phone call after the vote that a referendum that "occurred under duress of Russian military intervention, would never be recognised by the United States and the international community".

He said the US and its European allies were "prepared to impose additional costs on Russia for its actions".

"We've anticipated the results of the referendum. The key is what sanctions the US and the Europe will carry out and how Russia will respond to them," said Masaru Ishibashi, head of the currency trading group at Sumitomo Mitsui Banking Corp.

The developments added to selling pressure in Asia following last week's losses in reaction to downbeat trade and industrial production figures out of Beijing.

The dollar was up in afternoon forex business, buying 101.57 yen compared with 101.36 yen in New York Friday afternoon.

In China the yuan weakened against the dollar after the central bank at the weekend doubled the currency's trading band as it slowly embarks on long-anticipated financial reforms.

The People's Bank of China said it would allow the yuan to move up or down two per cent daily - double the previous one per cent - on either side of a mid-point set under the guidance of the bank.

The Chinese unit was trading at 6.1541 to the dollar on Monday, according to the China Foreign Exchange Trading System, compared with Friday's close of 6.1502.

On oil markets New York's main contract, West Texas Intermediate for April delivery, was up four cents to $98.93 in afternoon trade, and Brent North Sea crude for May fell 36 cents to $107.85.