Avengers Station: How 3 men with an idea got Disney to believe in them 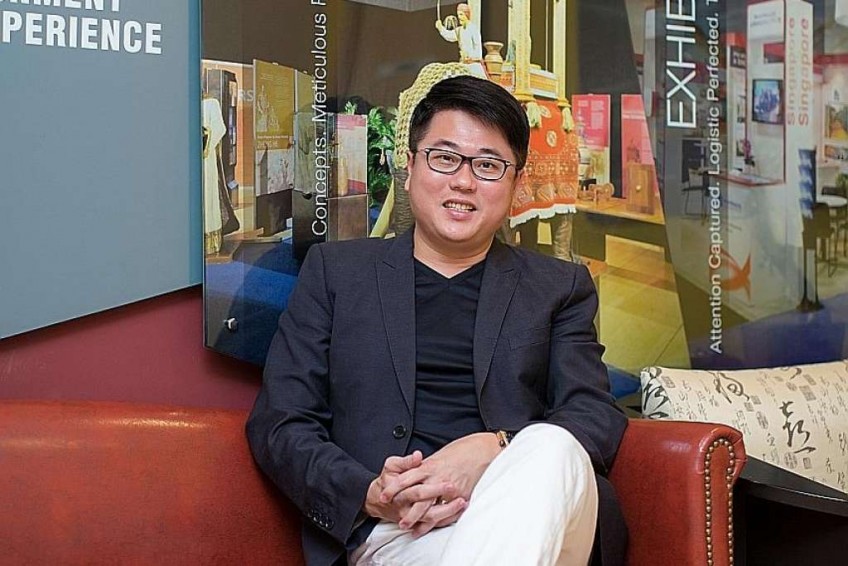 Cityneon chief executive Ron Tan says his company is looking to acquire a third intellectual property. With rights to The Avengers and Transformers, Cityneon now has two of the world's largest pop culture icons under its belt.
Cityneon

Sure, it's a tough job being a member of The Avengers, fending off super-villains hell-bent on taking over the world and destroying major cities while they're at it.

But have you ever tried putting on an exhibition about The Avengers in New York?

"It was a nightmare," recounts Cityneon chief executive Ron Tan, the veritable superhero who has indeed pulled off such a feat and lived to tell the tale. "Everything that could go wrong, did go wrong."

Mr Tan, 46, is the man behind Marvel's Avengers Station, a high-tech interactive exhibition where fans of the movie franchise can learn more about the characters' back stories, view film props and costumes and even undergo physical tests to see if they can become one of The Avengers too.

The exhibition, which recently ended its run in Singapore, first debuted in New York in 2013, and has since travelled to Seoul, Paris and Las Vegas. It is set to open in China, Taiwan and Australia later this year.

Avengers Station has attracted hundreds of thousands of visitors across the world with the backing of Marvel, which is owned by global behemoth Disney.

And it all began with Mr Tan and two friends, who dreamed up the idea for The Avengers Station in Singapore in 2011. His inspiration, he said, was Cirque du Soleil.

"In 2008, I picked up a book about Cirque du Soleil and (read about) how its founder, Guy Laliberte, transformed the whole circus industry," he said.

"He was the first person to put on a human-only circus. People thought he was crazy for not including any animals in his circus. Instead, he used music and stories, on which each show was based. What he did was amazing - Cirque du Soleil, in its heyday, had up to 12 installations along the Las Vegas strip alone at any one time."

Mr Tan wanted to do something similar in the exhibition business, by tapping the intellectual property and brand cache of a global franchise and conjuring up an immersive live experience for fans.

"And so, like Cirque du Soleil, we started with a script. When you visit The Avengers Station, you are a recruit. You are told: 'The world is under attack. Are you ready to defend Earth alongside The Avengers?' " he said.

"You are given a recruit card. But in order to join the team of superheroes, you have to learn more about your partners. So at every station, you learn why Bruce Banner turns into the Incredible Hulk when he's angry, why Captain America could be frozen for so many years, and so on. Then you take tests and once you pass the tests, you are welcomed as a member of The Avengers family and you can buy a membership card."

He and his friends thought they had come up with a brilliant idea. There was only one small catch - they did not actually know anyone at Marvel or its parent company Disney, to give them the rights to make their idea come to life.

But no matter - through sheer determination and "six degrees of connections", they got to the right people and made their big pitch. Long story short, Marvel and Disney liked the idea and gave them a shot.

"It was a blessing. Imagine - this giant corporation gave us the right to represent one of their brands. The guy who signed that contract could have lost his job if something went wrong. At the time, our company was so small. In fact, we didn't even have a company. There were three of us and an idea," Mr Tan recalled.

The three officially formed a company, Victory Hill Exhibitions (VHE), once they got the formal contract. And then came the hard part.

"We took up 50,000 sq ft of space in Valencia, California, to build the exhibition, which was going to debut in New York. We built everything ourselves. It was a nightmare because we'd never built anything of this scale before. We made a lot of mistakes, a lot of U-turns, blew the budget and couldn't open on time."

Executives from Marvel and Disney checked in on the project 17 times before it opened, to make sure everything was up to their standards.

"When we finally opened I thought the nightmare was over but I was wrong. Screens were not working, interactive exhibits were not working, and so on. I was here in Singapore and had to handle these technical issues that I didn't know how to handle. It was a lot of firefighting. We just didn't have the infrastructure to deal with all the issues."

Still, the exhibition was deemed a big success overall and received rave reviews, including from comic-book writer and former Marvel Comics chairman Stan Lee. It was set to go places.

In late 2014, Mr Tan was introduced to Cityneon and about a year later, the Singapore-listed firm bought over VHE.

Some entrepreneurs may baulk at the idea of selling a company just four years after its founding but Mr Tan said the confluence of opportunities was too hard to resist.

"We were talking to Hasbro at that point in time and Hasbro holds the intellectual property rights to Transformers. They liked what we had done with The Avengers, and so the opportunity was there for us to do something with Transformers. To make it happen, we needed more money," he said.

"We were approached at the same time by a company that wanted to take The Avengers experience to Las Vegas, and that deal required a capital investment. That opportunity couldn't wait for me. Finally, I also saw an opportunity there because Cityneon is the kind of company that should be building Avengers Station sets."

The takeover has worked out for all parties.

Cityneon has since grown its market capitalisation from less than $20 million in 2014 to over $200 million today. And VHE has the tools and funds it needs to execute its events at the scale needed.

"Now, we have the infrastructure, systems and money to grow. Now, I have a chief technology officer to handle any technical issues that crop up. I don't get a single call now about tech," Mr Tan said, laughing.

He is excited about the journey ahead, even as the firm is facing some challenges. Given the uncertain economic climate, it is streamlining and is cutting 50 staff across Asia, as part of efforts to slash operating expenses by $4 million this year. After the cuts, the firm will have about 200 staff globally.

With rights to The Avengers and Transformers, Cityneon now has two of the world's largest pop culture icons under its belt.

"We are looking at acquiring a third intellectual property. We have two criteria that we set - the movie should perform above US$1 billion (S$1.4 billion) globally so that we know there's a global demand. And it should have sequels so that there's sustainable demand," Mr Tan said.

The options are limited. There are fewer than 20 films that meet those criteria, and movies from The Avengers and Transformers stables make up 10 of them.

The firm, which built Universal Studios Singapore, is also making strong headway in its theme-park business, and is focusing on clinching more theme-park construction projects in North Asia. Again, the focus here is on theme parks backed by an international brand, Mr Tan said.

Despite the economic climate, the path ahead still looks very exciting, he said. "From where we were at VHE, to where we are right now, it's been a huge leap. At Cityneon, we are still a very small company. We are a growth company."