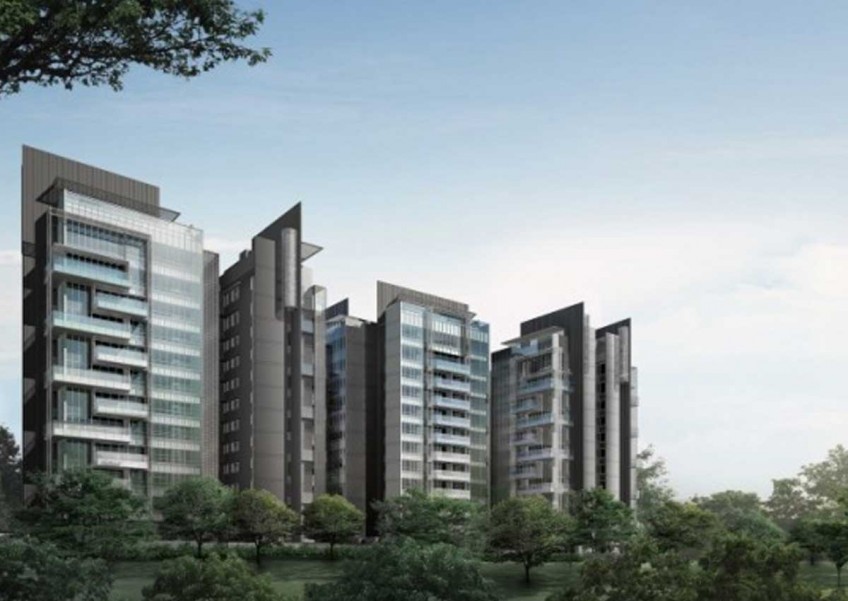 MANY residential property developers are concerned about the impact that an impending move to plug a stamp duty loophole may have on bulk sales, but GuocoLand is likely to escape the brunt of it - at least for its Leedon Residence condo.

Of late, the grapevine has it that GuocoLand, which is controlled by Malaysian tycoon Quek Leng Chan, has received several enquiries for bulk sales for the completed freehold project in District 10. As at end-February, 300 of the 381 units have been sold. Under Singapore's Qualifying Certificate (QC) rules for foreign housing developers, GuocoLand has to sell the balance units by June 15 to avert paying punitive extension charges to the government.

In the past few days, however, there has been much concern among developers on whether they can still pull off bulk sales in such projects via a sale of shares in the company that developed the project. This is after the government revealed on Tuesday that it is looking to change the law so that companies primarily holding Singapore residential property will be subject to higher stamp duties when there is a significant change in ownership of the company. This means they will be subject to the same stamp duties payable in the direct purchase and sale of a property.

The move is seen as effectively plugging a loophole that institutional and sophisticated investors have been tapping for years to enjoy a sizeable saving on stamp duty payment. Currently, those buying residential property through the purchase of shares in a company that holds the property incur a stamp duty of only 0.2 per cent of the net asset value of the company or the consideration paid for the shares, whichever is higher.

The impending regulatory change will put a spanner in the works for "foreign" housing developers thinking of doing bulk sales to meet a regulatory deadline to finish selling their private residential projects here.

A foreign housing developer needs to obtain a QC before it may buy a private residential site for development and sale. A foreign company is defined as one that has even a single non-Singaporean shareholder or director. So effectively all listed companies and their subsidiaries fall under this category.

The QC comes with conditions, including requiring the developer to complete construction of the project and obtain a Temporary Occupation Permit (TOP) within a stipulated time frame, and to finish selling the project within two years of TOP. The rules aim to prevent foreign companies from hoarding or speculating in residential land.

Read also: How buying a multi-generational flat saves you money

A developer that requires more time to finish selling its project will have to pay punitive extension charges, pegged to the purchase price of the land and pro-rated to the percentage of unsold units. The charges range from 8 per cent of the site's purchase price for the first year to as high as 24 per cent per annum for the third and subsequent years. Recently, a common method of structuring bulk sales in projects facing a looming QC sales deadline has been to find a Singaporean investor or group of Singaporean investors to mop up all the shares in the company that developed the project. The incentive for investors to participate in such an indirect method of buying a development's unsold units, instead of purchasing them directly, is the substantial saving in stamp duties.

But with the government now preparing to plug this loophole, any investor in future would demand a substantial discount to help offset the higher stamp duties that he will now have to pay.

In this new scenario, the developer of a project that is selling well at current prices has more options. An example is Leedon Residence. This project has been selling steadily, with 20 units transacted in the first two months of this year, taking the sales tally to 300 units as at end-February.

GuocoLand should probably be able to continue selling Leedon Residence to individual buyers.

But even if it does not sell any more units by June 15 this year, the first year of extension charge would be S$14.2 million, which works out to S$175,328 per unsold unit, according to BT's back-of-the-envelope calculation (the S$835 million purchase price of the land multiplied by 8 per cent and pro-rated to the 21.26 per cent of unsold units in the development).

Leedon Residence comprises two, three and four-bedroom apartments as well as duplex five-bedders, garden homes, and triplex penthouses. Prices range from S$2.5 million for a two-bedder to about S$13 million for a penthouse.

A S$175,328 extension charge per unit would be equivalent to 7 per cent of the price of a two-bedder but only 3 per cent of a four-bedder's price and less than 2 per cent of the price of a penthouse. What GuocoLand could do to minimise the impact of a potential QC extension charge for Leedon Residence would be to sell as many of the smaller units as possible over the next three months before the sales deadline in mid-June. Even if the group takes some time to clear the bigger units and enters into the second or third year of extension charges, cumulatively the fine per unsold unit would amount to up to 10 per cent of the sale price for a penthouse unit. This would still be a more favourable outcome to GuocoLand than selling the units to a bulk buyer who might demand an up to 18 per cent discount (to cover his BSD and ABSD payments).

GuocoLand is understood to have received several enquiries for bulk sales at Leedon Residence - including direct purchases of certain stacks of units as well as from investors who are keen to mop up all the balance units via a purchase of the entire equity of the development company. At least one potential buyer is said to be seeking a deferred payment scheme.

GuocoLand may well choose to do a bulk sale of the entire lot of unsold Leedon Residence units if the offer is appealing. Another option could be a combination of bulk sales of some units, followed by payment of the QC extension charge on the remaining units to buy the group more time to divest these units at potentially higher prices assuming the prognostication of some property pundits that the high-end condo market is nearing its bottom is correct. Alternatively, GuocoLand could just continue selling Leedon Residence to retail buyers; large units in new freehold projects in the prime districts are in limited supply.

In short, the group has options.

On the other hand, a developer stuck with a very high proportion of unsold units in a completed project that is nearing the sales deadline may well have to bite the bullet and give a substantial discount if that is what it takes to land a bulk purchaser - whether it buys the units directly or through shares in the company that developed the project.

This article was first published on Mac 10, 2017.
Get The Business Times for more stories.