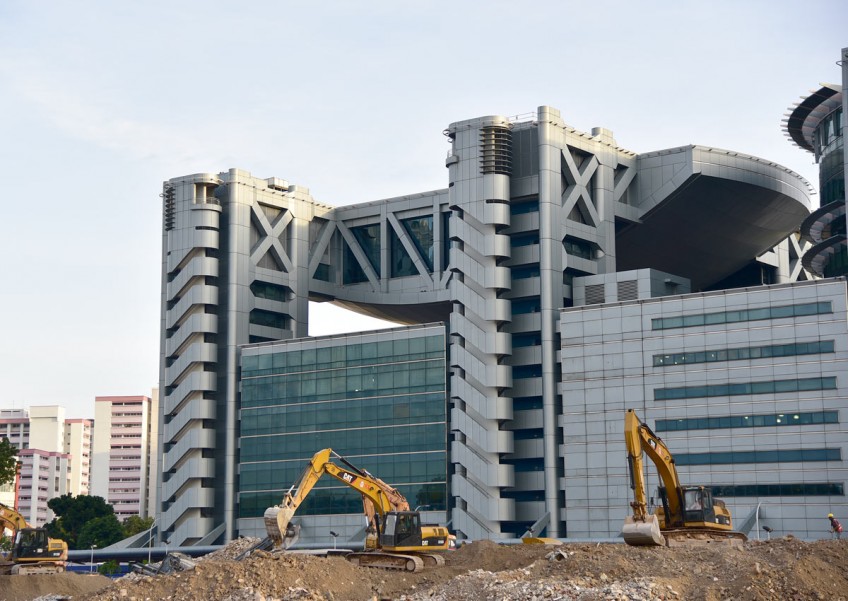 The mall at SingPost Centre, near Paya Lebar MRT station, to open later this year.
The Straits Times

The long-term contract with Singapore Post will see CapitaLand managing the upcoming mall at the new SingPost Centre in Paya Lebar - slated to open in the second half of this year.

"With CapitaLand as our retail mall manager, SingPost will be able to optimise returns from this property while we focus our attention on our core operations of postal services and e-commerce logistics," said SingPost covering group chief executive Mervyn Lim yesterday.

Under the property management agreement, CapitaLand will oversee the period leading up to the opening of the mall, its marketing and promotion as well as leasing and facilities management.

The mall in the new SingPost Centre - near Paya Lebar MRT station - spans five floors with a net lettable area of about 175,000 sq ft.

This is CapitaLand's third mall management contract, following two secured in China. It said the SingPost Centre mall will augment its presence in eastern Singapore, where it owns and manages Tampines Mall and Bedok Mall.

It is also involved in a joint venture to develop the Jewel Changi Airport which is due to be ready in early 2019.

The SingPost Centre will house the new General Post Office and Philatelic Store and tenants will include an NTUC FairPrice supermarket, Golden Village cinemas and a Kopitiam foodcourt.

It will offer e-commerce logistics services.

SingPost said there will also be a heritage corner where customers can learn about the postal service firm's 150 years of history.

This article was first published on Mar 29, 2017.
Get The New Paper for more stories.