CGTN: From well-educated students to radicalized extremists in Xinjiang

BEIJING, April 12, 2021 /PRNewswire/ -- Over the years, well-educated young people became key recruitment targets for terrorist groups in and outside of Xinjiang. Dolqun Yalqun and Dilnur Eziz were both studying abroad when they came under the influence of extremism. The experience has turned their lives upside down and ultimately landed them behind bars.

Dolqun was studying abroad for an advanced degree when he became involved with the East Turkistan Independence Movement (ETIM), which changed its name to the Turkistan Islamic Party (TIP) in 2014. The group is responsible for numerous killings in Xinjiang and has been designated as a terrorist organization by the United Nations.

Dolqun said such "philosophical influence" was gradual and subtle. Soon, he began to feel "worthless" and started perceiving people outside of his faith as "infidels." In 2019, Dolqun was sentenced to seven years for inciting terrorism and other crimes. Now, he thinks the greatest meaning in life is to realize one's value on the right path. He wants to use his experience to alert others who are about to head on the same course.

Dilnur said she began attending Quran lectures out of curiosity. As she became more involved, she felt a "steady trickle" of indoctrination and began feeling the atmosphere was "off." Then, she was shown videos of terrorist training in camps and encouraged to carry out missions in different countries.

This is one of many stories in CGTN's exclusive documentary "The war in the shadows: Challenges of fighting terrorism in Xinjiang." Watch the full documentary here. 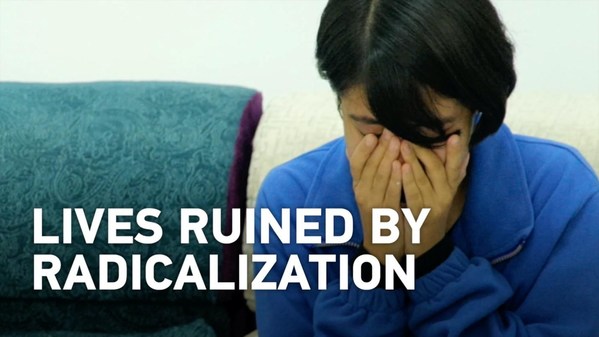 CGTN's exclusive documentary "The war in the shadows: Challenges of fighting terrorism in Xinjiang."