China aiming to triple patents by 2020 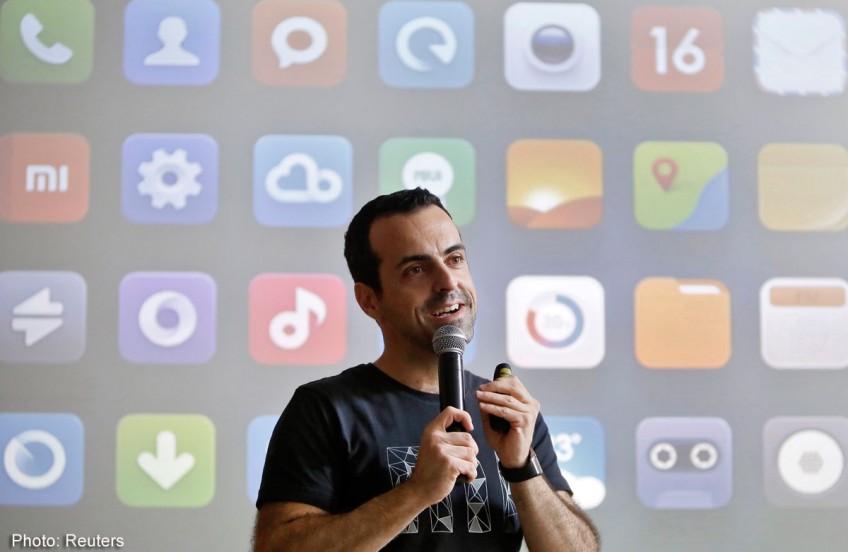 Xiaomi's International Vice President Hugo Barra, a former Google Inc executive who joined last year, speaks with the media during the launch of Mi phones in New Delhi in this July 15, 2014 file photo. The court order that banned Chinese mobile maker Xiaomi from selling its phones in India has halted its breakneck expansion into the world's fastest growing major smartphone market and could be just the start of a string of patent challenges. But China is aiming to triple the number of patents it files by 2020 as Beijing looks to boost the country's high-tech economy in areas from agriculture to pharmaceuticals.

SHANGHAI - China is aiming to triple the number of patents it files by 2020 as Beijing looks to boost the country's high-tech economy in areas from agriculture to pharmaceuticals, according to a notice from the central government on Sunday.

Beijing wants to become a bigger player in high technology industries as the country grapples with slower growth and rising costs for its manufacturing base. This is likely to raise a challenge to global players operating in China and abroad who have typically dominated in more innovative sectors.

It added that by 2020 China would have boosted its legal environment for IP protection and management, often an area of contention for foreign firms who say that IP law in China sometimes favours local players.

Beijing is also looking to reduce the length of the review process for patent and trademark applications. Patent reviews will decline to 20.2 months in 2020 from 22.3 months in 2013, while trademark reviews will fall to 9 months from 10 months.